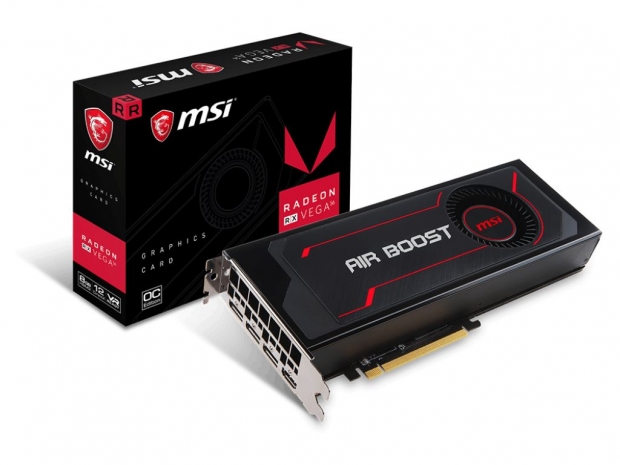 Part of its Air Boost series

MSI has finally unveiled its first custom Radeon RX Vega 64 and RX Vega 56 designs which will be a part of the budget oriented - read cheap - Air Boost series.

As was the case with earlier Air Boost series graphics cards, it is possible that MSI will stick to a reference PCB, combined with a blower style cooler. The cards should still have the same three DisplayPort and one HDMI output configuration but with a slightly bigger exhaust.

The cooler shroud comes with an MSI LED logo and both need two 8-pin PCIe power connectors. Both cards also come with a custom backplate.

According to the specifications provided by MSI, these OC versions will have a slight factory overclock, pushing the RX Vega 64 Air Boost to up to 1575 MHz and the RX Vega 56 Air Boost up to 1520MHz for the GPU.

Unfortunately, MSI  provided no details regarding the price nor the availability date. Currently, Powercolor's RX Vega 64/56 Devil and Asus' ROG Radeon Vega 64 Strix are the only custom graphics cards that have been listed online. 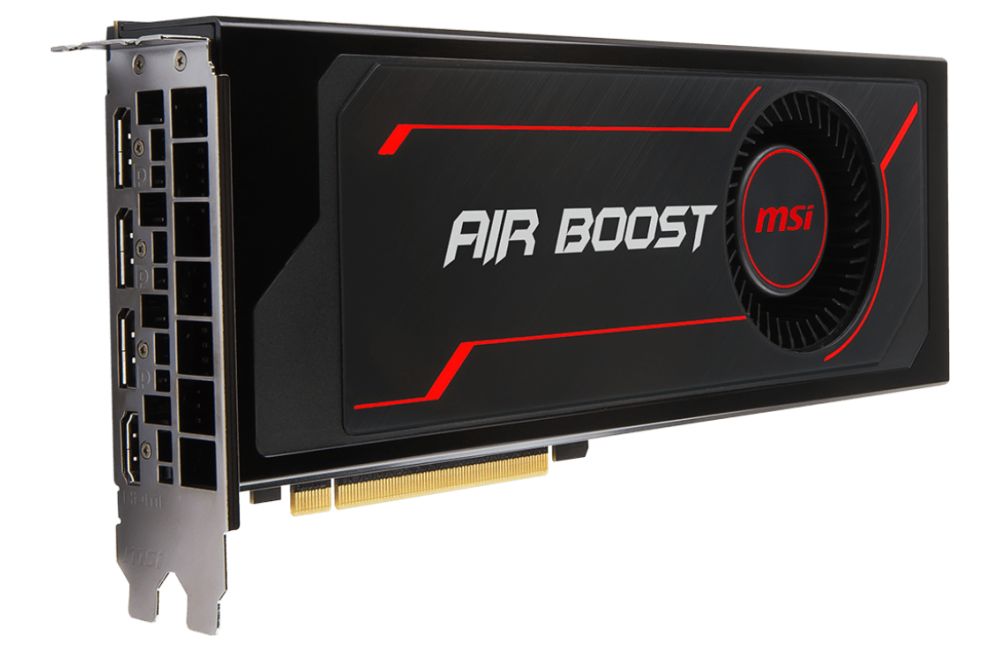 Last modified on 14 December 2017
Rate this item
(0 votes)
Tagged under
More in this category: « AMD open sources its Vulkan Sapphire unveils its RX Vega Nitro+ series »
back to top