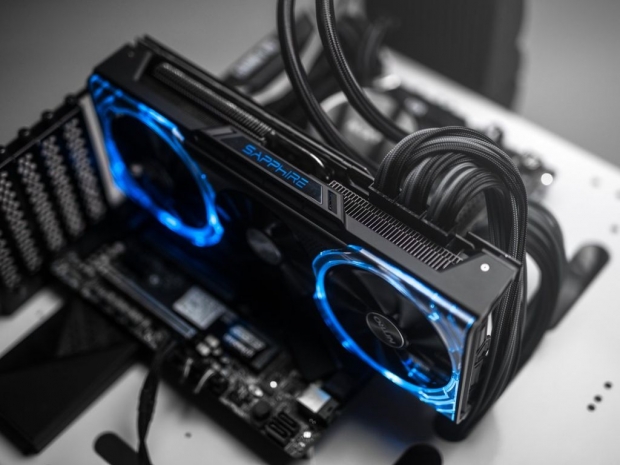 Sapphire has officially launched its new Sapphire Nitro+ RX Vega 65 and RX Vega 56 Limited Edition models that will both pack some unique features and a hefty vapor chamber triple-fan cooler.

Sapphire certainly went all in when it came to custom RX Vega graphics cards, as these will have some unique features, a special vapor chamber triple-fan cooler with custom backplate and RGB LEDs, dual BIOS, and a decent factory overclock.

Since both the RX Vega 64 Nitro+ and the RX Vega 56 Nitro+ are based on a custom PCB, it  comes as no surprise that Sapphire implemented some of its unique features like the 14-phase VRM, drawing power from a total of three 8-pin PCIe power connectors, Black Diamond Chokes, Dual UEFI BIOS, Turbine-X system that allows you to connect two additional system fans that can be controlled directly from Sapphire's dedicated TriXX software.

Bear in mind that due to the custom design, Sapphire's RX Vega Nitro+ series graphics cards are slightly taller than standard,  with 310 x 133 x 54 mm dimensions.

The star of the new Sapphire RX Vega Nitro+ series is definitely the custom triple-fan cooler and unique cooler-related features. Sapphire was quite keen to boast that this is the most efficient cooling to date 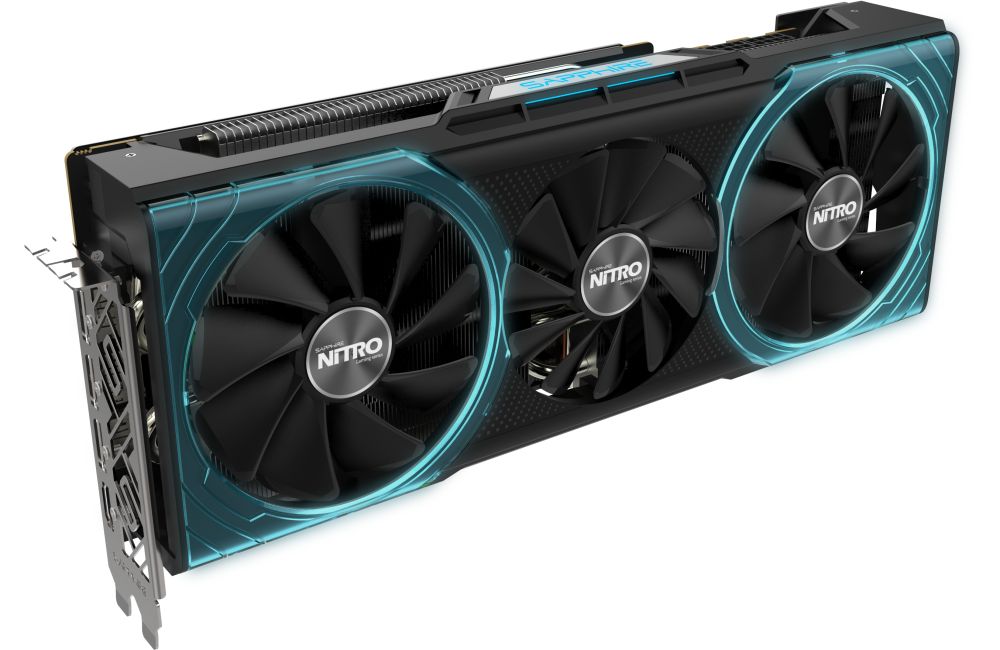 In addition to PCB integrated features, the new cooler also comes with some unique features like the Nitro FanSafe and Fan Health Check, Sapphire Quick Connect 2 and more.

According to Sapphire, the new RX Vega Nitro+ series graphics cards will feature the most efficient cooling to date. In order to pull those RX Vega GPUs down to 70°C, Sapphire returned to what it knows best, the vapor chamber technology that we have seen on Sapphire's Vapor-X series. The vapor chamber is combined with a total of six nickel-plated heatpipes - three 8 mm and three 6 mm - connecting it to a hefty heatsink, which is then cooled by three fans. The two bigger fans on each side run anti-clockwise, while the smaller, middle fan, runs clockwise, ensuring the best possible airflow and cooling potential. 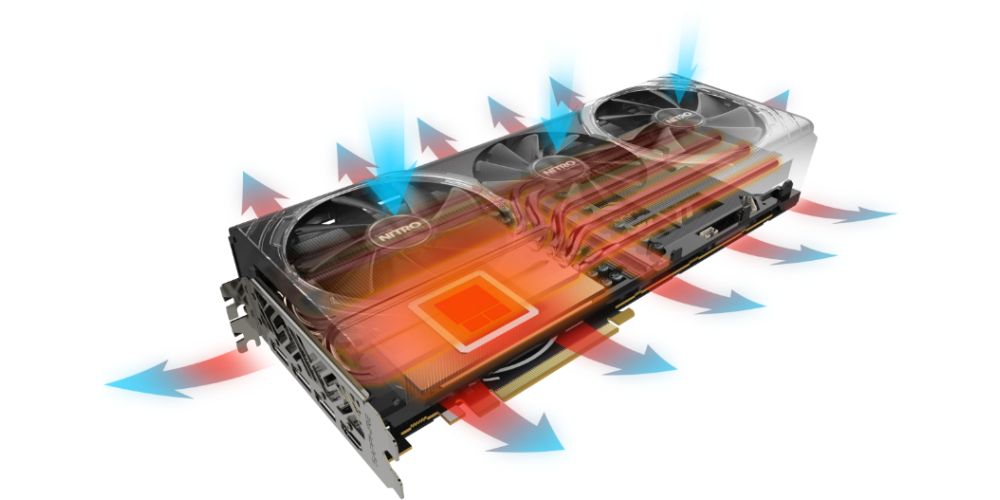 All three fans use dual ball bearings and Sapphire's Quick Connect 2 feature, which allows them to be easily taken off for cleaning or replacing. The fans do not spin up until the GPU/HMB2 hits 56°C, allowing it to run silently in idle and light load. It also features Nitro FanSafe and Fan Health Check features, as well as full RGB LEDs on two acrylic elements around the fans, sapphire logo at the top and Nitro logo on the custom full-cover backplate.

Our colleagues from Hardwareluxx.de already had a chance to review the Sapphire Nitro+ RX Vega 64 and had nothing but praise for Sapphire's new custom cooler, although they are still reserved when it comes to actual performance gain for custom RX Vega graphics cards.

According to Sapphire, the new Nitro+ Radeon RX Vega 64 Limited Edition and Nitro+ RX Vega 56 Limited Editon should start shipping today and will be available from selected SAPPHIRE e-tailers and retailers worldwide soon. While we are not sure about the US or the rest of the world, we manage to spot the Nitro+ RX Vega 56 at Alternate.de for €639, which is about €50 more expensive than the reference one, if you manage to find it available. The RX Vega 64 Nitro+ has yet to show its face in retail/e-tail but we will surely keep an eye out for it. 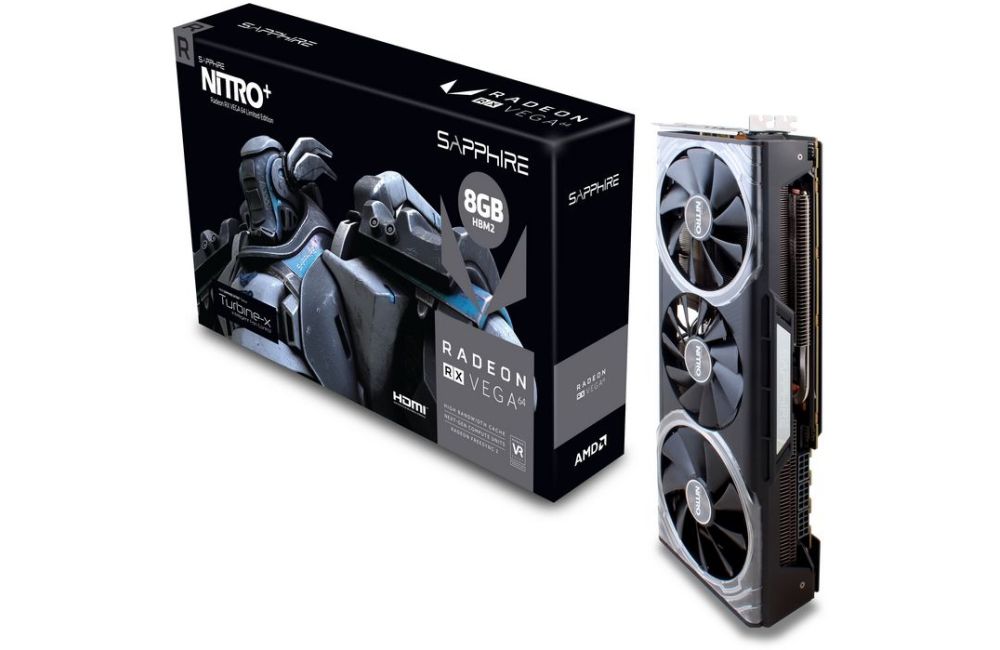 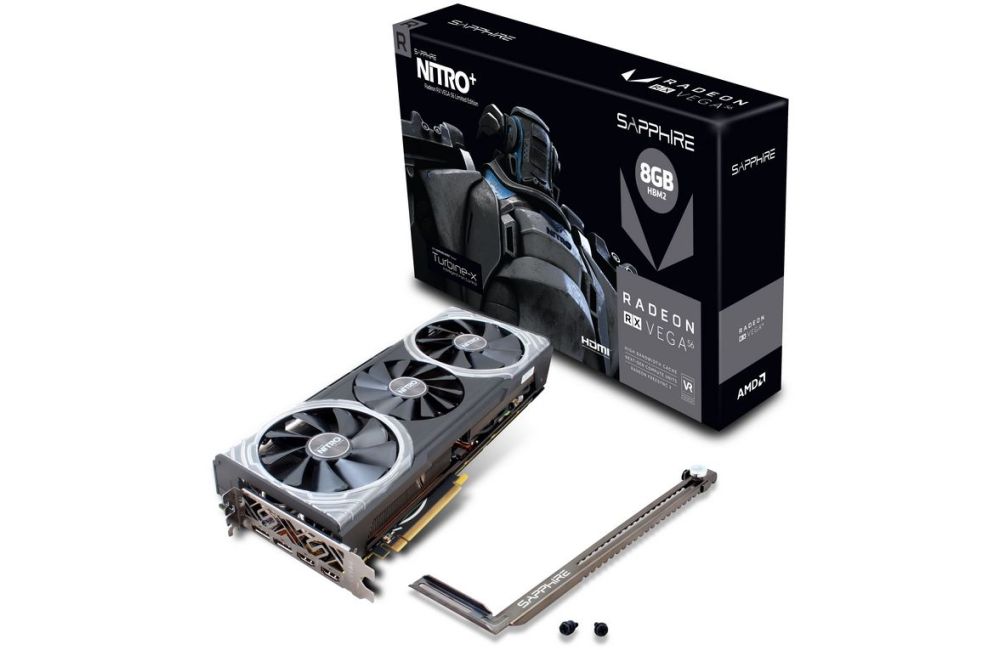 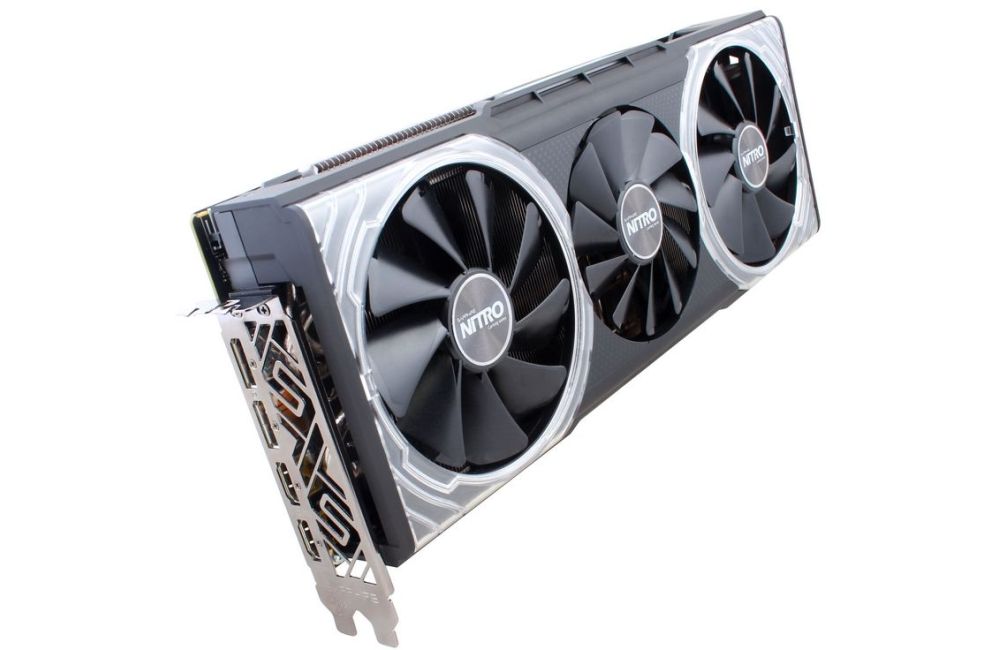 Last modified on 15 December 2017
Rate this item
(0 votes)
Tagged under
More in this category: « MSI shows off its custom RX Vega 64/56 graphics cards AMD Navi GPU spotted in Linux drivers »
back to top