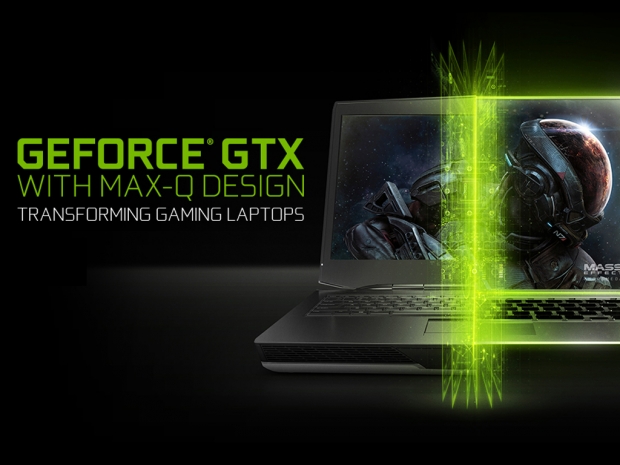 It appears that Nvidia is preparing for a counter move to the recent cooperation between Intel and AMD, in the form of Max-Q versions of the GTX 1050 and GTX 1050 Ti.

In case you missed it, the Nvidia Max-Q is, at least according to Nvidia, a combination of the thermal and electrical designs with elaborate heatpipe, heatsink, fans in order to pack the GTX 1080, GTX 1070 or the GTX 1060 inside a thin notebook.

Available from June last year from most notebook makers including Acer, Alienware, Asus, Clevo, Gigabyte, HP, Lenovo, MSI and others, the Max-Q GPUs are significantly slower compared to the desktop or even standard mobile counterparts, mostly due to the combination of lower TDP target and lower clocks.

Spotted originally by Notebookcheck.net in the latest Nvidia Linux driver release, the latest GTX 1050 Max-Q, and the GTX 1050 Ti Max-Q could be limited to 34-46W TDP and should compete with the recently launched 65W Kaby Lake-G i7 series chips with AMD Vega M GL with 20 Vega CUs or 1280 Stream Processors. The faster AMD Vega M GH IGP in the Core i7-8809G offers performance similar to the Nvidia GTX 1060 Max-Q.

According to the reports, the Lenovo Yoga 720S could be launching soon with the GTX 1050 Ti Max-Q GPU so we will get a clearer picture of the actual performance.

Last modified on 17 January 2018
Rate this item
(0 votes)
Tagged under
More in this category: « Samsung Aquabolt 8GB HBM2 2.4Gbps chips are go There's Chery news for Nvidia »
back to top