AMD has a new Polaris brand 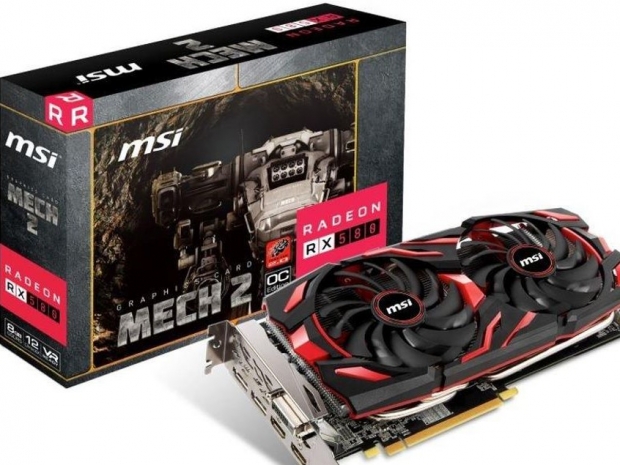 MSI MECH is with us

AMD is getting another new brand for its Polaris based GPUs dubbed MSI MECH.

The move appears to be a response to Nvidia's now cancelled GeForce Partner Programme, although finding someone at AMD or MSI who will say that is tricky. However, it is difficult not to think that as AMD did some recent exclusive branding with ASUS and giving it AREZ.

The Radeon RX MECH series will debut in July in the form of RX 570 and RX 580 cards. MSI says they'll feature new thermal and custom PCB designs, allowing gamers to achieve "higher core and memory speeds" for improved performance. These will be overclocked out of the box, though MSI hasn't shown the clocks yet.

MSI is applying some premium touches such as the iconic MSI dragon on the top of the shroud which boasts a 16.7 million colour RGB LED, and a matte black metal backplate.

We expect to hear more about the MSI Radeon RX MECH series cards at Computex next month.

Last modified on 16 May 2018
Rate this item
(0 votes)
Tagged under
More in this category: « Nvidia releases Geforce 397.64 WHQL driver Nvidia and AMD to suffer from crypto downturn »
back to top