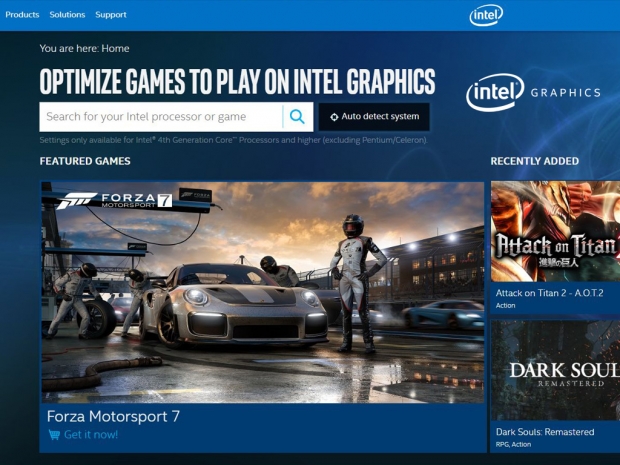 While you might not get a high FPS on extreme resolutions, Intel's iGPUs still hold a high percentage on Steam hardware survey, so there are plenty of users playing games on it, therefore it is good to see that Intel has started to more actively update its graphics drivers and bring support and bug fixes, including the latest Intel Graphics Driver for Windows 10 version 24.20.100.6194.

According to the release notes provided by Intel, this is the launch driver for three new games, including Warhammer 40K: Gladius, Relics of War, Defiance 2050, and the Banner Saga 3, bringing all the necessary optimizations for these games to work on Intel UHD Graphics 620 or better IGP.

In addition to these three hot games, the new Intel Graphics Driver for Windows 10 brings support for BlazBlue Cross Tag Battle, Lust for Darkness, and The Awesome Adventures of Captain Spirit, all of which should work on Intel Iris Pro Graphics or better GPU.

Intel also has a dedicated site where you can check out the recommended game settings for PC games, which is a nice addition as it gives you a starting point in tweaking the game to be playable on Intel IGPs.

You can check out the full release notes as well as find links to download the Intel Graphics Driver for Windows 10 version 24.20.100.6194 in both 32-bit and 64-bit versions over at Intel's download center page.

Last modified on 13 July 2018
Rate this item
(0 votes)
Tagged under
More in this category: « AMD releases Radeon Software 18.7.1 driver AMD brags it has the most stable graphics drivers »
back to top