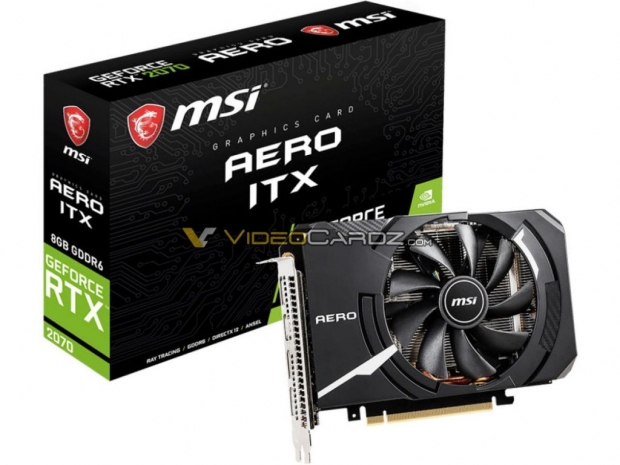 It appears that MSI thinks there is a market for high-end graphics cards on an ITX form factor and has decided to squeeze an RTX 2070 on a smaller PCB as a part of its Aero ITX series.

Spotted by Videocardz.com, the MSI Geforce RTX 2070 Aero ITX, is slightly taller but still comes with a short PCB and a dual-slot cooler with a single fan. It does lack NVLink connector, as well as the VirtualLink one at the back, but comes three DisplayPort and single HDMI output.

According to the packaging, it appears not to be factory-overclocked, which is no big surprise as that single fan will have to handle 175W of TDP.

Unfortunately, there is no word on the price or the availability date as MSI is yet to officially announce this card but it will surely keep those mini-ITX fans happy.