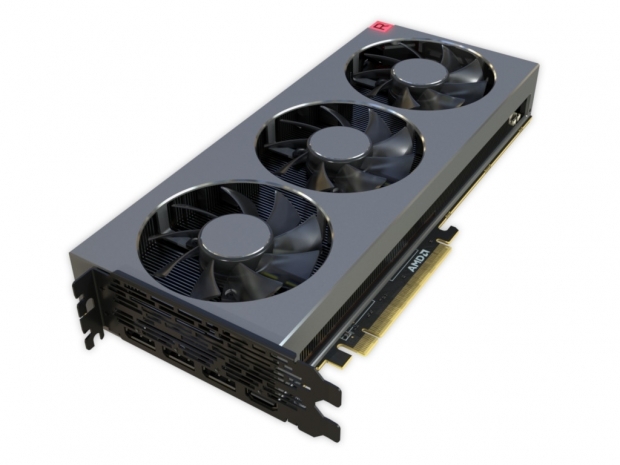 Close to half of the MSRP

The marketing guys at AMD did a nice job naming the card Radeon VII (Roman 7) as it is a 7nm, launching on February 7 and costing $699 but our investigation shows that 16GB HBM 2 comes at a hefty price.

Currently the HBM 2 chips that AMD uses come in 4GB size and in order to get to 16GB, AMD had to take four HBM 2 chips. Launching a card with 16GB might sound like overkill but it was an engineering rather than a business decision.

Radeon Instinct MI50 card based on 7nm is 16GB and AMD didn’t want to set aside a huge engineering team to create a custom 8GB version of that card that would be cheaper and more appropriate for healthy gaming market margins. AMD could have disabled 8GB, but it would still end up paying for the whole 16GB HBM 2.

The 7nm and interposer are very expensive technologies and redesigning them does not come cheap. Bear in mind that AMD has HBM 2 and the GPU on the same interposer and redesigning it is a major effort. It is not as simple as with a PCB memory approach where you just take the chips out and disables some of the PCB wiring.

Currently HBM 2 chips cost  around #80 for 4GB. It is very hard for us to estimate the exact price that AMD is paying to its supplier but with this in mind 16 HBM 2 could be as expensive as $320, very close to half of the whole cost. This will be close to what AMD is paying.

AMD is first with a GPU to 7nm and we hear that supply might be extremely tight, but the card will launch very soon, and we will keep our eyes on the actual etail availability. I am insistent that AMD won’t do a gaming GPU based on 7nm Vega as the card simply cannot make a profit, but from the image point of view, it makes a lot of sense.

The Radeon instinct M series is where the company can end up making some money, but they are not really selling a load of them. The AI training GPU market is heavily dominated by Nvidia and its Cuda approach, giving Nvidia the opportunity to charge a massive tax for its dominance.