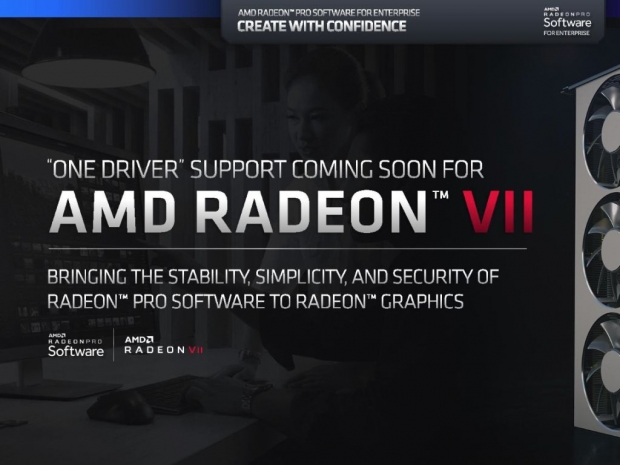 But without workstation optimizations, certifications and support

AMD has added Radeon Pro driver support for Radeon VII graphics card but, unlike earlier rumors, it only gets partial support, without workstation elements.

Since Radeon VII does extremely well in applications used by "creators", even partial support will come as a great bonus, especially due to AMD's "One Driver" support, allowing users to install both Radeon Pro and Radeon Software Adrenalin Edition drivers and seamlessly switch between those two.

AMD's driver team is definitely doing a great job and both One Driver support, as well as limited Radeon Pro support for Radeon VII, are certainly the right way to go, giving users that bit of extra for their money. 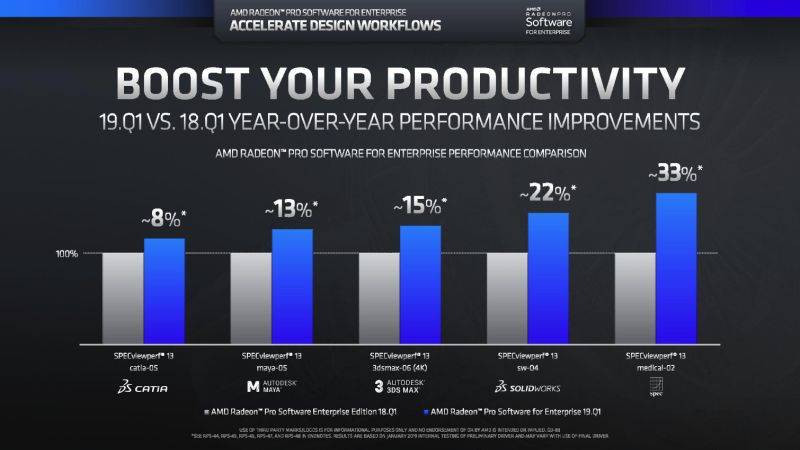 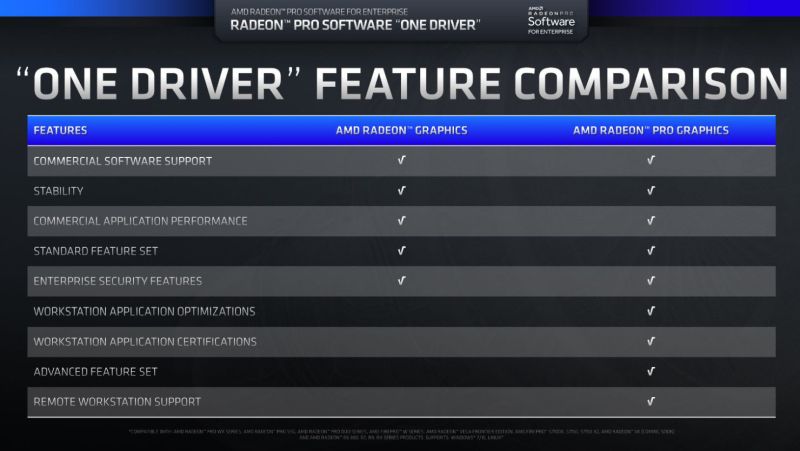