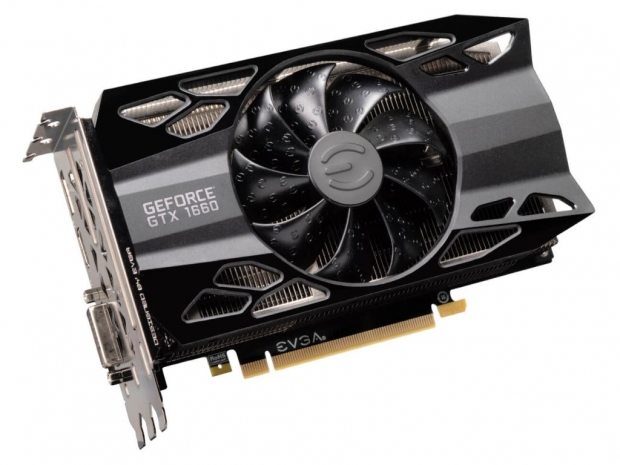 Nvidia's answer to the Radeon RX 590

Nvidia launched its Geforce GTX 1660 graphics card and, priced at $219, it is just what was needed to put a lot of pressure on the mid-range market and properly replace the Geforce GTX 1060.

Based on the same 12nm TU116 Turing GPU as the GTX 1660 Ti, the GTX 1660 comes with two disabled streaming multiprocessors leaving it with 1408 CUDA cores, 48 ROPs and 88 TMUs. It also comes with 6GB of 8Gbps GDDR5 memory on a 192-bit memory interface. Although many Nvidia AIC partners will have their own versions with higher GPU clock, the reference GTX 1660 works at 1530MHz GPU base and 1785MHz GPU Boost clock, while the memory is usually clocked at 8Gbps (2000MHz).

The GTX 1660 shows Turing's power efficiency at its best, and with a TDP of 120W, you can expect an average power consumption of around 100W. Most cards will need a single 8-pin PCIe power connector which is pretty much overkill, allowing the card to draw up to 225W, which will allow Nvidia AIC partners to pull a bit more MHz on the GPU Boost front.

As to performance, the GTX 1660 6GB fits nicely in Nvidia's latest lineup and, according to Nvidia, should be 15 percent faster than the GTX 1060 6GB model at 1080p resolution. Slower memory and fewer CUDA cores also mean that it is around 10 to 15 percent slower than the Geforce GTX 1660 Ti but still packs enough punch to be faster than the Radeon RX 590, at least in some games.

There are plenty of reviews around and you can check out some of them below.

Last modified on 14 March 2019
Rate this item
(0 votes)
Tagged under
More in this category: « AMD brings XT with RX 560 XT for China Intel patches huge holes in GPU drivers »
back to top