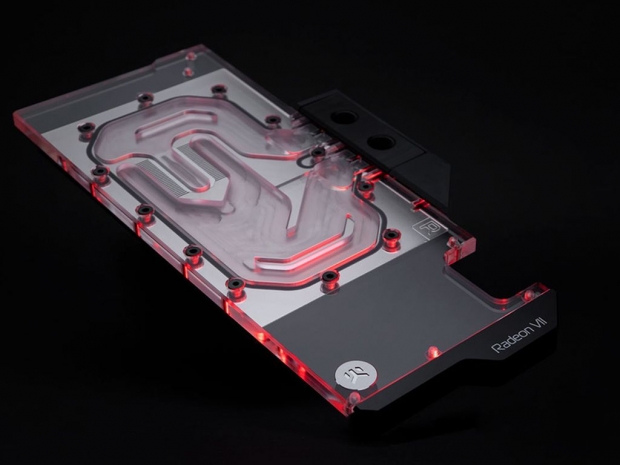 Turns it into a single slot card

According to EKWB, this one not only turns the Radeon VII into a single-slot graphics card but also provides a bit more overclocking headroom and performance during GPU intense tasks allowing the card to reach higher boost clocks due to its efficient cooling design.

Since it is a part of EKWB's EK-Vector series, the EK-VECTOR Radeon VII RGB uses copper or nickel-plated copper for the base of the block, depending on the version, while the top is made either of acrylic or POM Acetal. It will also be available in RGB versions where the corner piece is lit up with LED strip, compatible with most RGB sync software.

Those looking for an aluminum-based block for the Radeon VII are still out of luck but Atila Gobor, EKWB’s Technical Marketing guy, did note that the company could make one if they see a high demand for it.