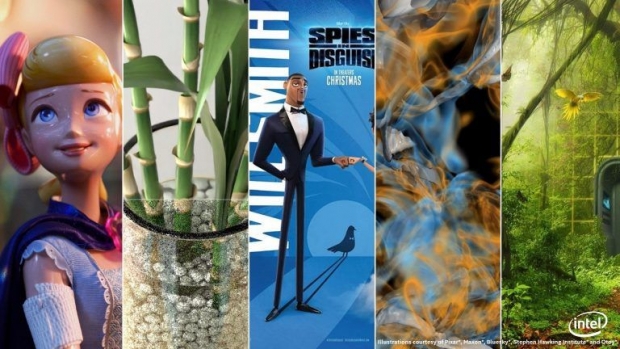 Outlines Exascale Vision for a decade

Intel has been part of the Hollywood production scene for more than a decade, but it hA just decided to give us a bit more details about the present and the future of the movie production, all part of the Exascale vision set by Raja Koduri, Jim Keller and Jim Jeffers.

Jim Jeffers, who works as a Sr. Principal Engineer and Sr. Director of Intel’s Advanced Rendering and Visualization team, has addressed an audience of 850 people at Siggraph and talked a bit about the Exascale Vision and what will it mean for Hollywood. To be fair, Intel has been a part of Hollywood movie content creation from the times of the early computer graphics animation in movies. Jim shared a few more details in his blog post.

1000X improvement over the three years

It all started when Raja Koduri, Intel’s Chief Architect and Senior Vice President of the Architecture, Software and Graphics group, challenged Jim’s team and others across Intel to deliver a 1000x workflow improvement for creators over the next three years. Raja Koduri, Jim Keller - the General Manager of Intel’s Silicon Engineering Group - and Jim Jeffers laid out Intel’s plan to deliver this ambitious improvement to the creator community.

The exascale future starts with the US Department of Energy supercomputer called Aurora, and it will be capable of an exaflop. Exaflop is a quintillion (or a billion billion) floating-point calculations per second.

Pushing Exaflop number of bits is one piece of the puzzle as companies have to solve memory and storage-related bottlenecks, as well as faster interconnects. One needs to feed the compute engine and keep it busy all the time.

A typical animated studio’s render farm is very similar in both structure and application to a supercomputer used for more typical HPC tasks. Animation studios generally perform their rendering using a technique known as Ray tracing to deliver the highest-fidelity images.

Ray tracing works by essentially calculating the physics of light photons and the interaction between material, objects, and the other rays. It is insanely computationally intensive, and Nvidia is one of the pioneers putting the dedicated hardware on their GPU to have at least pieces of the scene ray traced. Still, to calculate Hollywood style quality pixels for triple-A titles, a CPU needs to render the final scenes and pixels, and this is how it has been for decades.

Hollywood has the luxury of running the render farms and gathering intense quality in an offline matter, and this is one of the reasons why Hollywood animated movies look far better than real-time rendered games.

Memory is critical for the Exascale era and has been at the heart of content creation as increases in visual fidelity require corresponding growth in dataset sizes. Intel came up with Optane DC Persistent Memory, to deliver significant memory capacity increases but this is just the beginning.

To take full advantage of a computer capable of delivering an exaflop, software systems, applications and the overall flow of data need to be designed in concert with the underlying hardware in a process referred to as “co-design”. 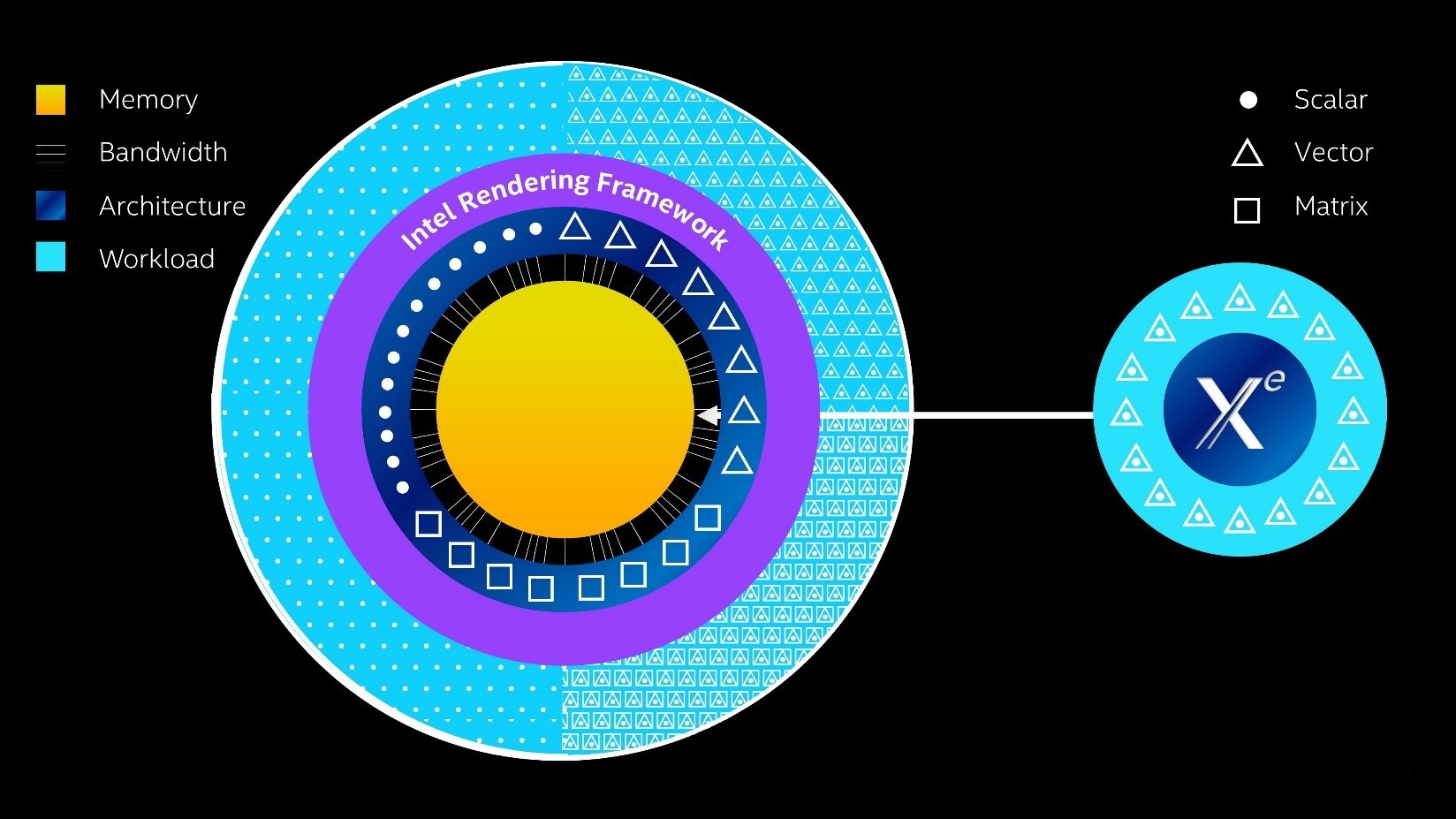 Raja often talked about the six pillars of innovation that include process, architecture, memory, interconnect, security, and software. Jim sees the software as a conductor in a big technology orchestra, and it is a good way to describe this as software must tell them hardware what to do.

Intel is often forgotten as one of the biggest software companies. The company is the largest contributor to the Linux kernel and has 10s of thousands of software engineers. The conductor software should come under one umbrella called oneAPI. At a high level, oneAPI is a set of software capabilities that will enable solutions and workflow focused software development paradigm instead of programming for individual components. 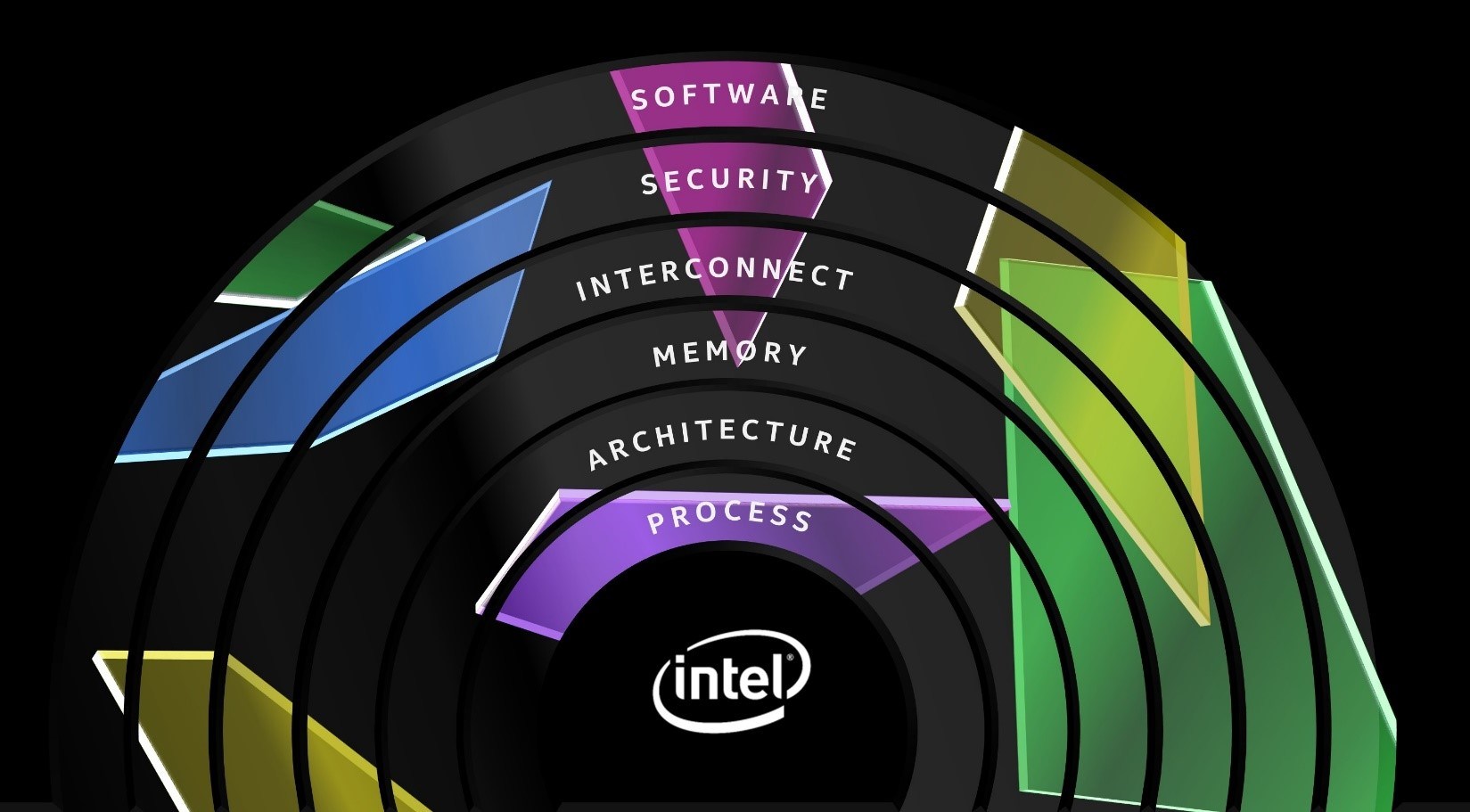 OneAPI for all tasks

OneAPI will intelligently ensure that the right tool is used for each job, delivering the best possible performance and power efficiency.

Intel oneAPI Rendering Toolkit is also preparing for a future accelerator of the Xe architecture. They are constantly being enhanced to meet the needs of professional rendering, scientific visualization, virtual reality, and design applications.

Jim took the time to announce that this week that Intel is releasing the revision 3.6 of its popular Intel Embree ray tracing library, which adds multi-level instancing to deliver dramatic memory footprint savings and point query capabilities that enable sophisticated rendering control for scenes. He also announced the release of Open Image Denoise 1.0 and its integration into Maxon’s popular Cinema4D application. 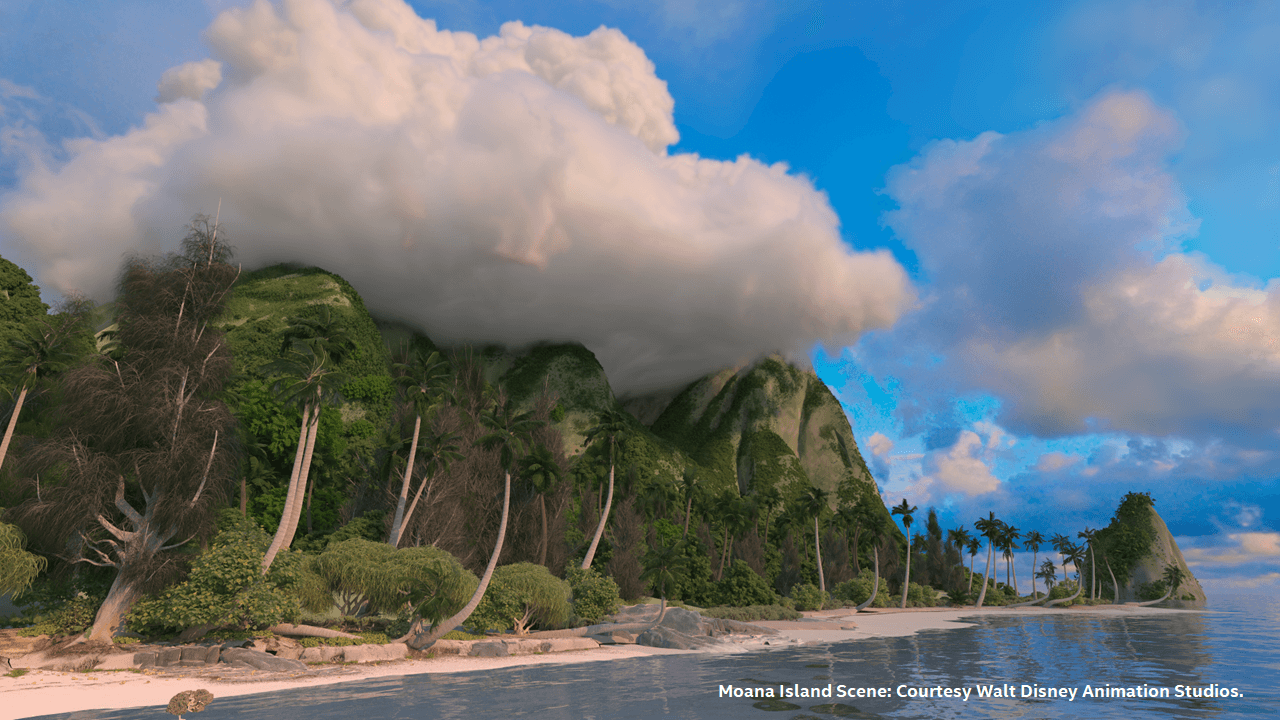 The Exascale vision powered by OneAPI and six pillars at Intel should transform the way content is being created over the next three years. Knowing Intel and the current engineering leadership, including Raja Koduri and Jim Keller that in three years they will set the even more impressive number that we need to reach in six years from now.

Knowing the data set and problems of the content creators and animated movies industry more compute, more memory with better software is something that is always appreciated.

Most movies today are using Computer Graphics (CG) and bear in mind that Disney owns both Pixar and Lucas films, and it is always trying to make things visually better. That is the whole point of computer graphics, and there are still ways and mountains to be crossed.