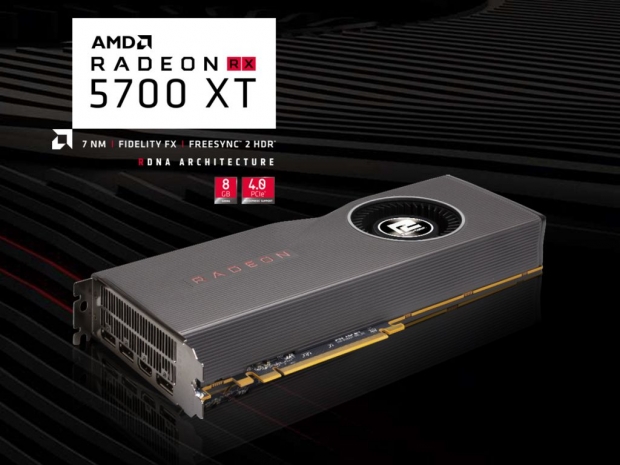 Powercolor has once again teased its upcoming custom versions of the Radeon RX 5700 series, saying that these will start at $399 for the custom RX 5700 XT, which is pretty much the MSRP of the reference card as well.

It is possible that we will be looking at a triple-fan cooler for the Red Devil, and some sort of dual-fan cooler for other two custom versions, which will most likely end up to be the Red Dragon series, just like it was the case with the RX 570 and the RX 580 lineup. Earlier, Powercolor teased its upcoming Red Devil card, saying that it has been redesigned, so we expect redesigned aesthetics, an updated cooling solution, and a custom high-end PCB, of course, with additional overclocking potential.

The good side of the story, at least according to our sources, is that these custom cards will be on retail/e-tail shelves as soon as they are announced, and this should happen sometime in mid-August. We are not sure if the entire lineup of custom RX 5700 series graphics cards from Powercolor will be available from day one, but the flagship Red Devil series is one of the first to come. 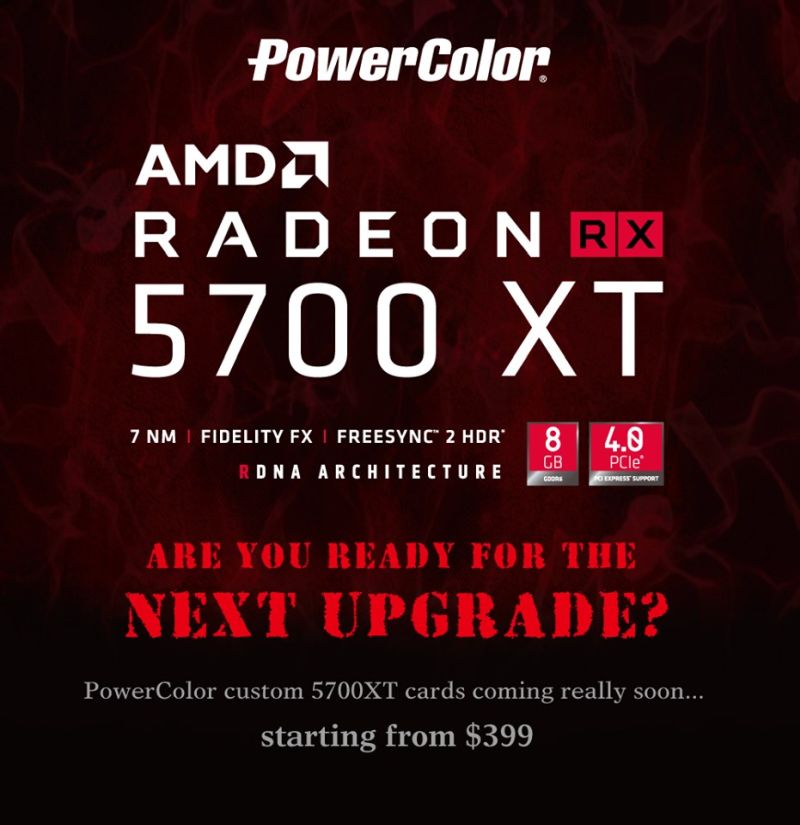 Last modified on 01 August 2019
Rate this item
(0 votes)
Tagged under
More in this category: « XFX's custom RX 5700 graphics card spotted Intel Ice Lake Gen 10 Core is out »
back to top