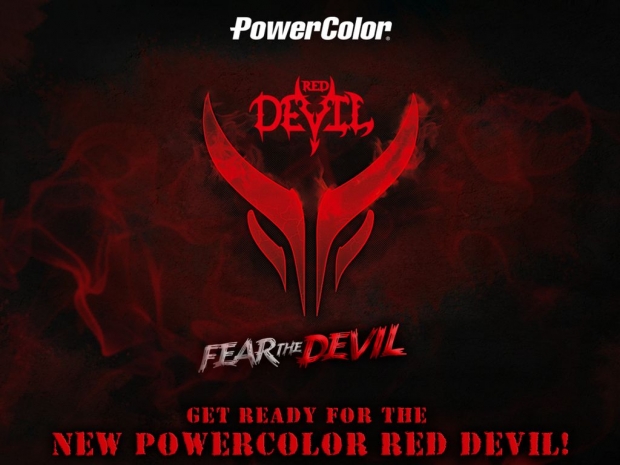 Ahead of the big Radeon RX 5700 series unveil, Powercolor has launched a new giveaway which has the unannounced Red Devil graphics card as the main prize.

While Powercolor is keeping most of the details well hidden, we managed to dig out a thing or two and it appears that the company is redesigning its Red Devil line, so we can expect an updated cooling solution with redesigned aesthetics. Of course, as it was the case with earlier Red Devil graphics cards, we expect a high-end PCB and a high factory-overclock with additional overclocking potential. Earlier Powercolor Red Devil cards were some of the best on the market and we are sure the company will deliver with Navi-based one as well.

As you can see from the picture above, the company has also updated the Red Devil logo design as well.

In addition to the Red Devil graphics card, the giveaway also includes $30 Steam Digital Codes as well, so there will be plenty of consolation prizes as well.

Unfortunately, it is highly unlikely that we will see any of RX 5700 series custom cards before early August, just as we wrote before, and Powercolor's Red Devil is no exception either.

You can join the giveaway over at Powercolor's dedicated site and it runs until July 17th. 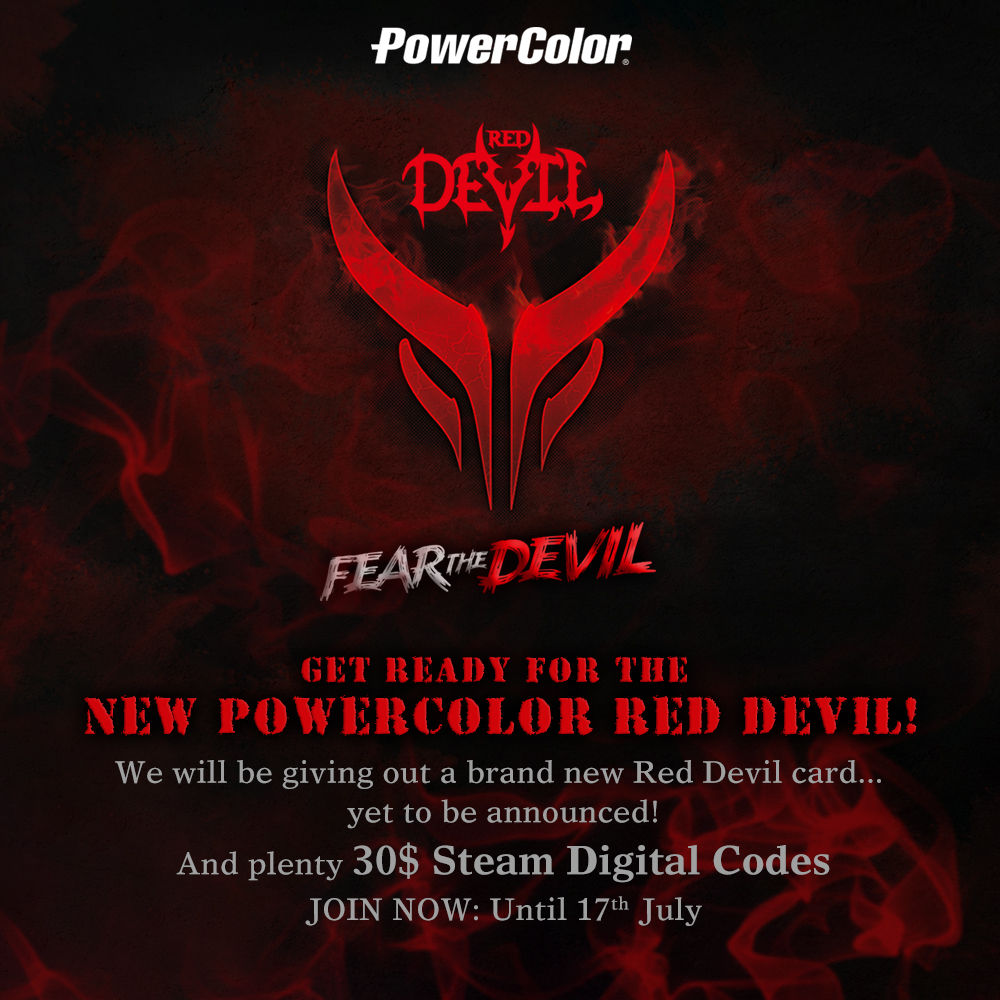