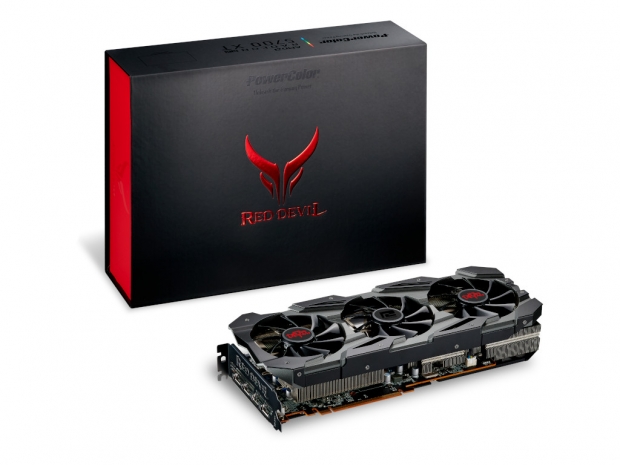 With the RX 5700 XT Red Devil as the flagship

As expected and announced earlier, Powercolor has officially launched its full lineup of custom Radeon RX 5700 series graphics cards, including the standard Red Dragon and the special Red Devil series.

As we reported earlier, Powercolor has decided to give the same treatment to both the RX 5700 XT and the RX 5700, which will both be available as a part of its Red Devil and Red Dragon series, with the exception of the Red Devil Limited Edition, which is identical to the standard RX 5700 XT Red Devil but comes packed in a premium retail box with bundled RGB mouse pad. 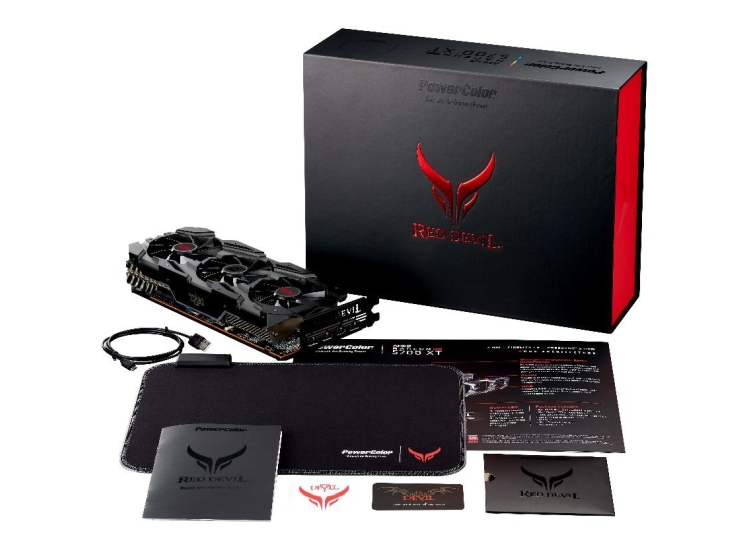 As we wrote earlier, the Red Devil series has been slightly redesigned, and while it still has a hefty 2.5-slot/triple-fan cooler, it comes with RGB lighting and a 1.5mm backplate. The cooler itself has five heatpipes and offers 30 percent more heatsink surface area, which should, and according to reviews, significantly improves not only cooling performance but also lowers the noise as well. Other noted features include a 12-layer PCB design with 10 VRMs using DrMos, high-polymer Caps and a Dual BIOS option with a silent or OC BIOS. 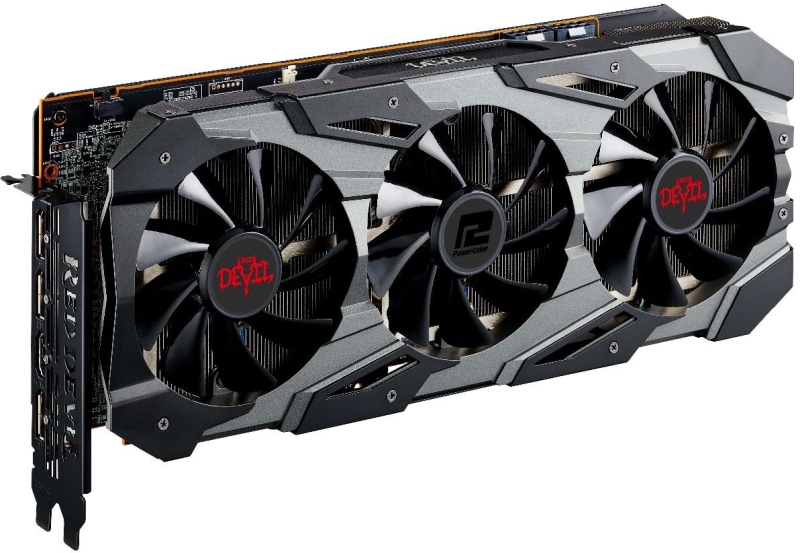 In case you missed it, the entire series comes with 8GB of 14Gbps GDDR6 memory on a 256-bit memory interface, leaving it with 448GB/s of memory bandwidth and Powercolor has decided to keep reference clocks for the memory.

Powercolor will also launch another standard custom version of the RX 5700 series, featuring the same dual-fan cooler as the Red Dragon series but we still do not have a lot of information about it. 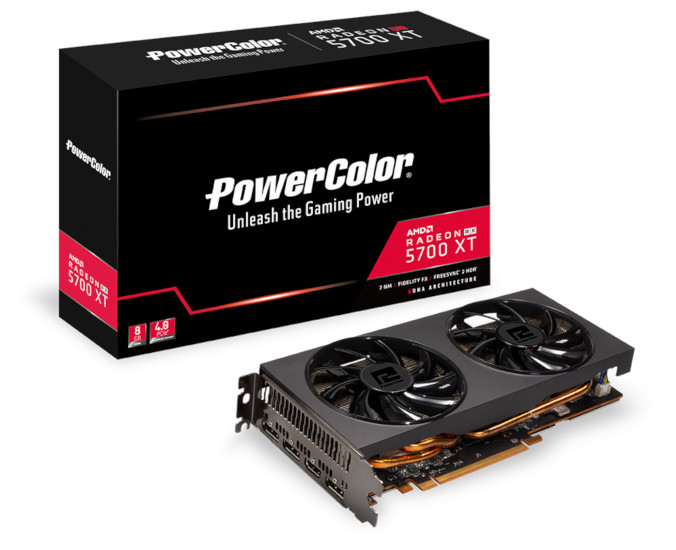 As reported, there are already a couple of reviews online, including one from Techpowerup.com and Igor's Lab, and these have nothing but praise about the cooler on the RX 5700 XT Red Devil as well as the fine-tuned BIOS options.

According to results, this puts the RX 5700 XT Red Devil ahead of the competition, in both cooling performance as well as noise levels, suggesting that Powercolor did a great job.

The premium custom design comes at a price, but some are close to MSRP

The Red Dragon series is a bigger surprise as these will be even closer to MSRP, available next week with a price set at $409 for the RX 5700 XT Red Dragon, and $359 for the RX 5700 Red Dragon. We have a hunch that even that dual-fan cooler will do better than AMD's reference blower-style solution.

Last modified on 16 August 2019
Rate this item
(0 votes)
Tagged under
More in this category: « AMD says RX 5700 series is cool with 110°C Nvidia does better than Wall Street expected »
back to top