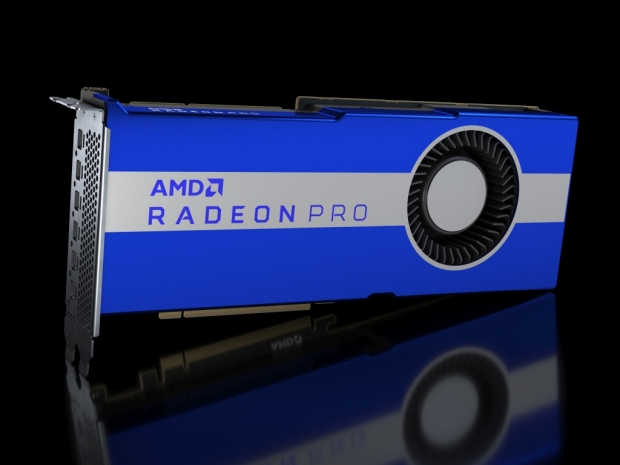 AMD has updated its lineup of Radeon Pro workstation graphics cards with the Radeon Pro VII, based on 7nm Vega GPU and featuring Infinity Fabric Link for pairing two of these cards for some serious performance.

The Radeon Pro VII is a rather interesting card, offering a rather significant boost in terms of single and double precision compute performance while also benefiting from High Bandwidth Memory (HBM) with wide memory bus and AMD's Infinity Fabric Link, which allows two of these cards to be paired for some serious compute performance.

The new Radeon Pro VII is very similar to the Radeon VII, since it is based on the same Vega 20 GPU (GCN 5 architecture), but it is a replacement for AMD's Radeon Pro WX 9100, offering much higher performance compared to the aging 14nm Vega 10 GPU.

It packs 60 active Compute Units (CUs) and 64 ROPs, hitting GPU boost clocks of around 1700MHz. More importantly, it packs 16GB of 2.0Gbps HBM2 memory on a 4096-bit memory interface, leaving it with an impressive memory bandwidth of 1TB/s. Of course, it has ECC support.

While the single precision compute performance is similar to the Vega 10-based Radeon Pro WX 9100, hitting at 13.1 TFLOPs, the double precision (1/2 rate) hits impressive 6.5 TFLOPs.

Another novelty, or rather a surprise, is that the Radeon Pro VII comes with support for external Infinity Fabric Link, seen earlier on Radeon Instinct series cards. The Infinity Fabric Link provides much higher bandwidth and lower latency compared to the PCIe interface, and hopefully, AMD got it running on the software side as well.

The connector at the top of the card allows two cards to be paired up and offers two Infinity Fabric Links, for a total of 168GB/s for bandwidth. According to AMD, this is 118GB/s faster than Nvidia's NVLink with two Quadro RTX 5000 cards. 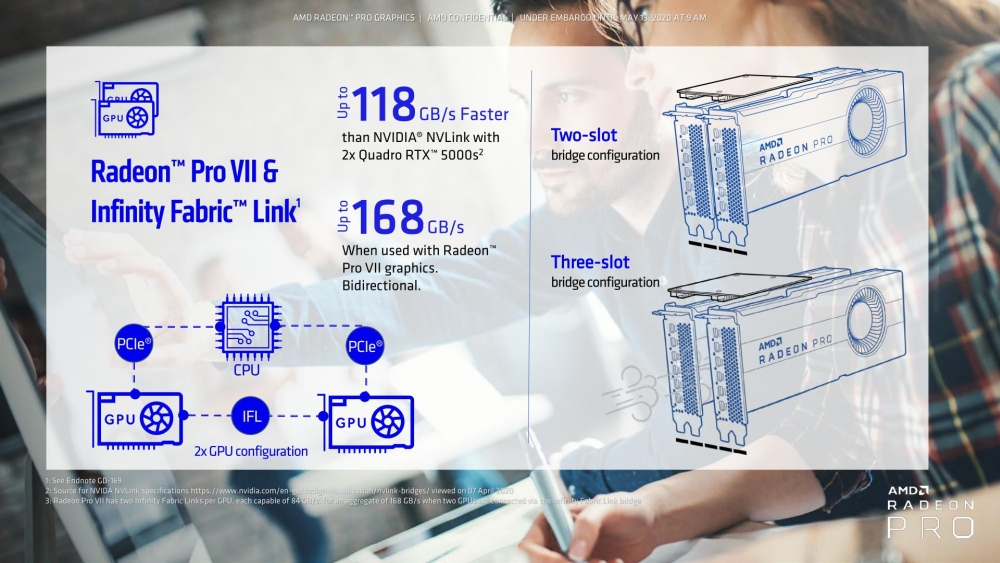 The Radeon Pro VII has a TDP of 250W and draws power from 6+8-pin PCIe power connectors and has PCIe 4.0 interface support, which is not a big surprise and not the first Radeon Pro card to get it, as AMD also has a Navi-based Radeon Pro W5700.

When it comes to display outputs, it comes with six miniDP 1.4 outputs with full HDR and up to 8K single display support. 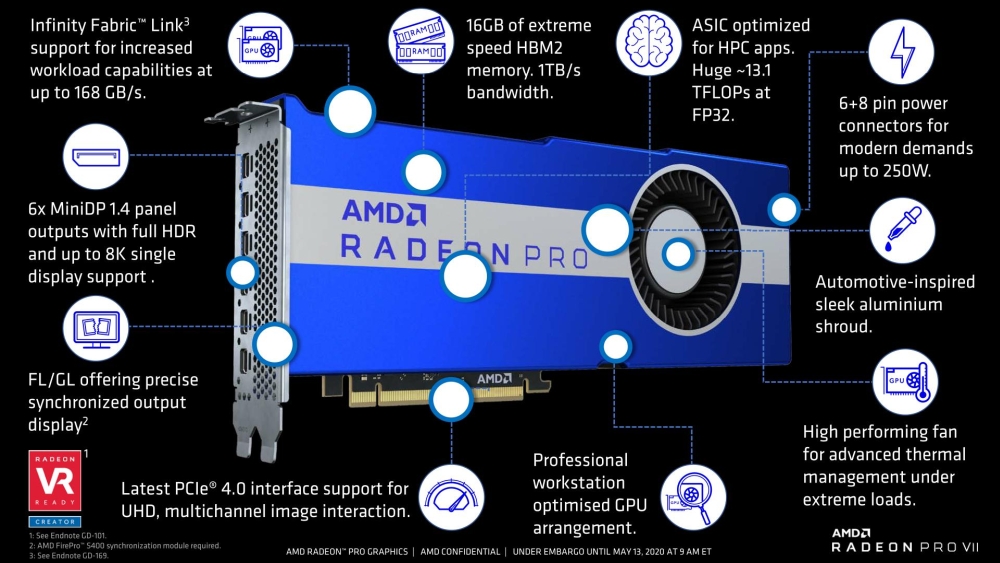 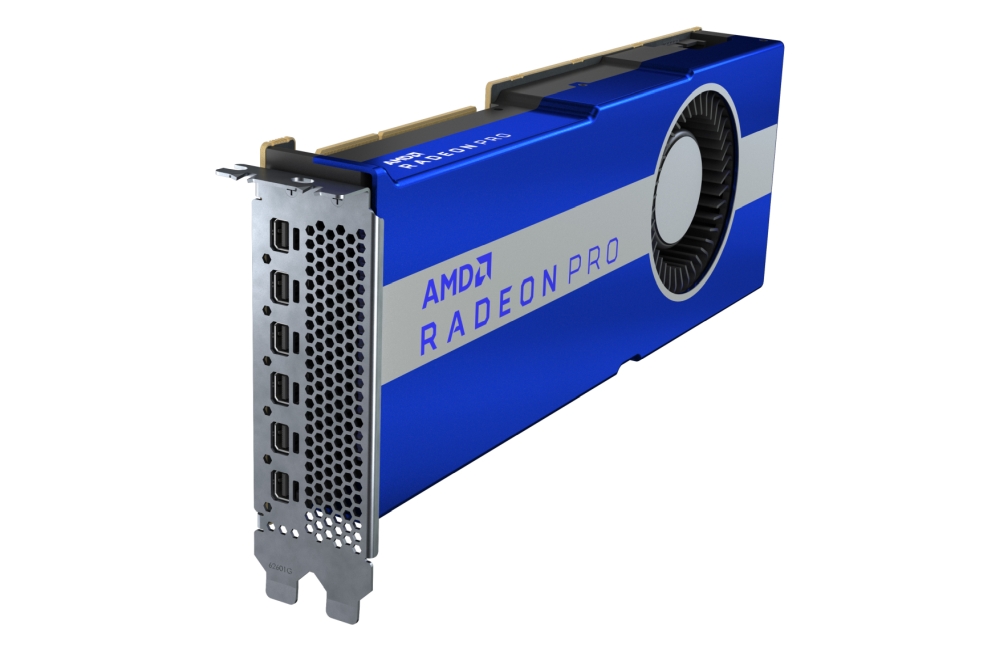 Last modified on 14 May 2020
Rate this item
(1 Vote)
Tagged under
More in this category: « Nvidia GA100 is a high-performance AI Next-gen consumer GPUs rumored to launch in September »
back to top