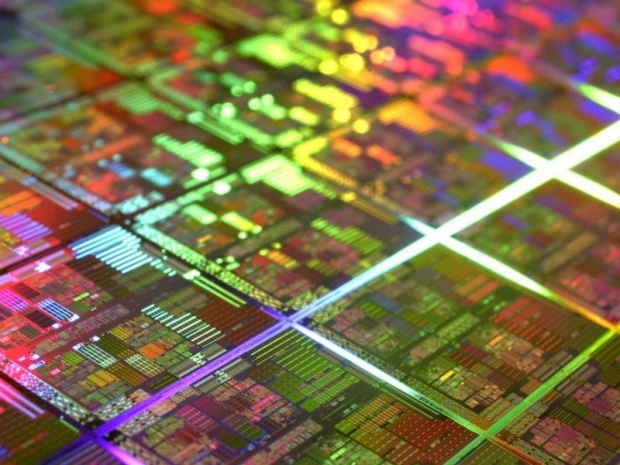 From both Nvidia and AMD

According to a report from Digitimes, next-gen consumer graphics cards from both Nvidia and AMD could launch in September.

While Digitimes did not specify if these are consumer-oriented Geforce and Radeon products, both Nvidia and AMD have already confirmed its Ampere- and RDNA 2-based graphics cards are coming before the end of this year.

Nvidia Ampere is all about AI but Geforce should be impressive

Earlier this month, Nvidia has unveiled its Ampere-based GA100 GPU, which is a part of Nvidia's new DGX A100 AI system and while the consumer Geforce graphics cards will be slightly different, it was obvious that Ampere is all about AI, and we expect the new 3rd generation Tensor Cores to play a big role in next-gen Geforce cards as well.

It is pretty likely that Nvidia has updated the RT Cores as well, and its next-gen Geforce graphics cards will, of course, get all improvements and benefits of the new architecture. Nvidia paved the ray tracing way and has brought a lot of developers to the ray tracing side.

While there is only a handful of games with ray tracing, Nvidia did manage to score some big titles like Battlefield V, COD: Modern Warfare, Control, Mechwarrior 5: Mercenaries, Wolfenstein: Youngblood, Shadow of the Tomb Raider, Metro: Exodus, and others, as well as more recently, Quake II RTX and Minecraft RTX. There is also a significant list of games that are coming including Cyberpunk 2077, Watch Dogs: Legion, Vampire: The Masquerade – Bloodlines 2, and more.

Nvidia has announced its Turing-based Geforce RTX cards back in August 2018, with September availability, followed by Titan RTX in December, RTX 2060 in January 2019, and RTX Super series in July 2019, which showed that the Turing GPU can scale quite well across the entire market range. Nvidia even had room to cut-off RT cores which led to the Geforce GTX 16 series launched in March 2019.

Hopefully, the Ampere-based GPU will scale that good as well, and we are certainly looking forward to what will the new architecture bring to the Geforce lineup.

Earlier in April, AMD has confirmed that both Zen 3 CPU architecture and RDNA 2 architecture are on-track, and back at AMD's Financial Analyst Day 2020, David Wang, Senior Vice President of Engineering at the Radeon Technology Group, said that it will bring a 50 percent performance-per-watt improvement compared to the first-generation RDNA architecture. Such improvements, according to AMD, are coming from improved IPC, logic enhancements and physical optimizations, like increased clock speed.

AMD is also jumping on the ray tracing train with RDNA 2 architecture, with it supporting hardware-accelerated ray tracing, as well as Variable Rate Shading.

We already had a chance to see a glimpse of AMD's RDNA 2 architecture with Epic Games' Unreal Engine 5 demo running on Sony's next-gen Playstation 5. In case you somehow missed it, AMD's RDNA 2 GPU will also be a part of Microsoft's next-gen Xbox Series X console.

We expected to hear more about AMD's RDNA 2 architecture at Computex and E3 2020, but with both events pretty much canceled, more information might come in August, when Gamescom 2020 will kick-off as an online event.

September is a good month to launch GPUs

It does not come as any surprise that both Nvidia and AMD are looking to launch their next-gen Geforce and Radeon cards in September, as it gives partners and retailers/e-tailers enough time to prepare, as well as gives buyers enough time to decide what is their favorite Christmas present.

We'll probably see a drop in current-gen graphics card prices as retailers/e-tailers start to clear out stock to prepare for the next-generation, and hopefully, high-end GPUs won't launch at a higher price than the current-gen.

In any case, it will be an interesting to see who won the next-gen GPU round but it is highly unlikely that AMD could get a high-end throne, as Nvidia has reigned supreme in that graphics card market category. Of course, AMD is doing quite well in the CPU market, and, as we wrote a couple of times earlier, Dr. Lisa Su has certainly managed to hold the company reins and whip it into shape, with great execution of roadmaps.