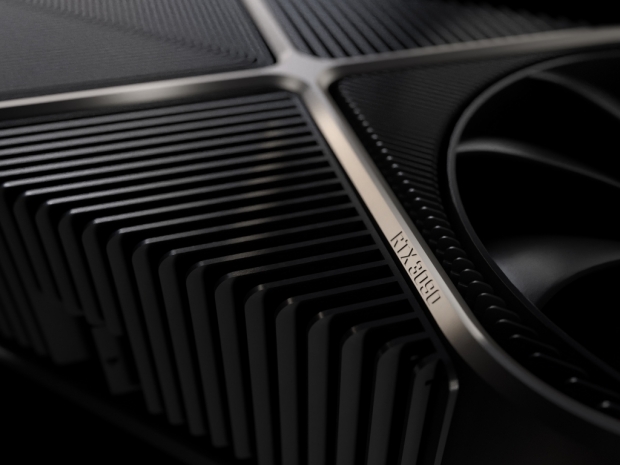 After Nvidia's founder and CEO revealed the new Ampere-based RTX 30 series cards and detailed some of the performance, architecture and availability/price details, Nvidia has now released official specifications for the three first SKUs in the RTX 30 series lineup, the RTX 3090, RTX 3080, and the RTX 3070.

As detailed earlier, the RTX 30 series is based on Ampere GPU architecture, packing 28 billion transistors, made on Samsung's 8nm manufacturing process.

The BFGPU RTX 3090, as Nvidia likes to call it, is a whole different beast, packing 10496 CUDA cores and providing 35.7 TFLOPs of single-precision performance. It packs 24GB of 19.5Gbps GDDR6X memory on a 384-bit memory interface. 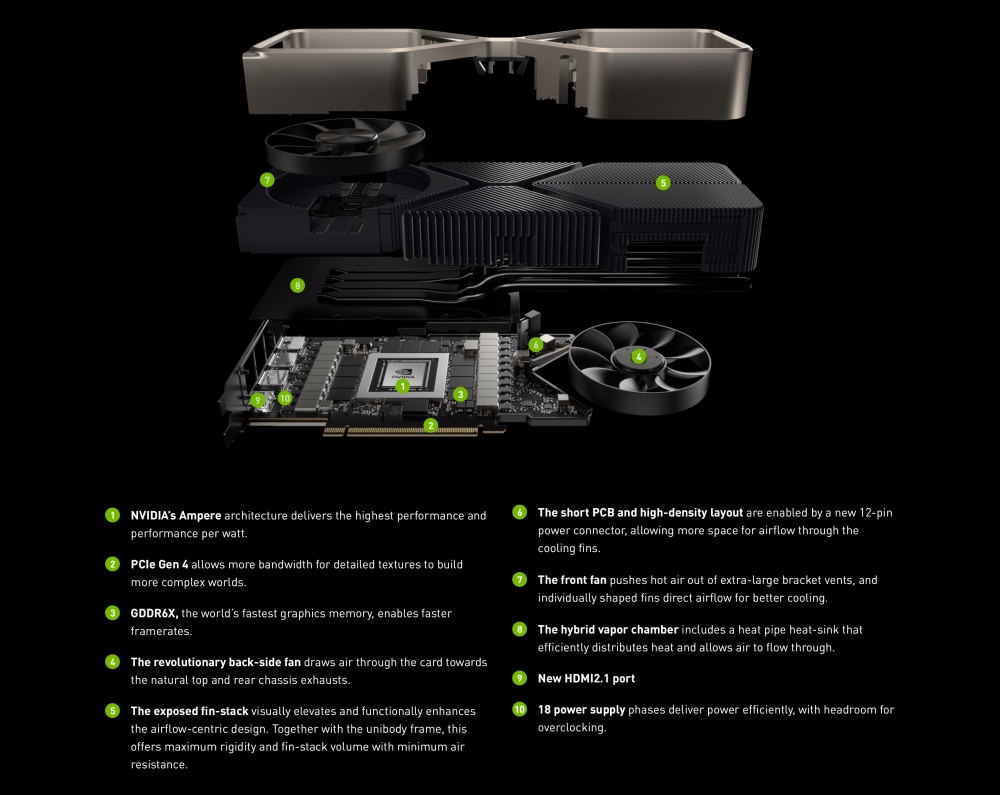 Last modified on 02 September 2020
Rate this item
(1 Vote)
Tagged under
More in this category: « Nvidia unveils the RTX 30 series lineup MSI to have a total of 14 different RTX 30 series cards »
back to top