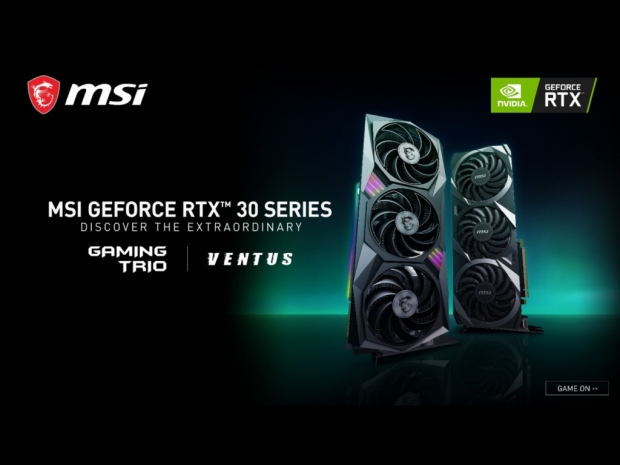 MSI has unveiled its RTX 30 series lineup and this Nvidia AIC partner is going all out, with a total of 14 different RTX 30 series graphics cards, including popular Gaming X and Ventus series.

While we still do not have any precise details on the actual clocks, which will all be detailed during MSI's special livestream tomorrow, the company did reveal some details, including details about its coolers.

The Gaming X Trio series, which will be the top offer from MSI, at least for now, will use the new TORX Fan 4.0 design with pairs of fan blades bound together with an outer link that push the airflow into the updated Tri Frozr 2 cooling system. It will also come with a matte-finish backplate, as well as Mystic Light RGB lighting across the card.

There will be a total of six Gaming series cards, including two RTX 3090, two RTX 3080 and two RTX 3070 cards, both coming as the Gaming X Trio and Gaming Trio, probably with different amount of factory-overclock for the GPU and memory. 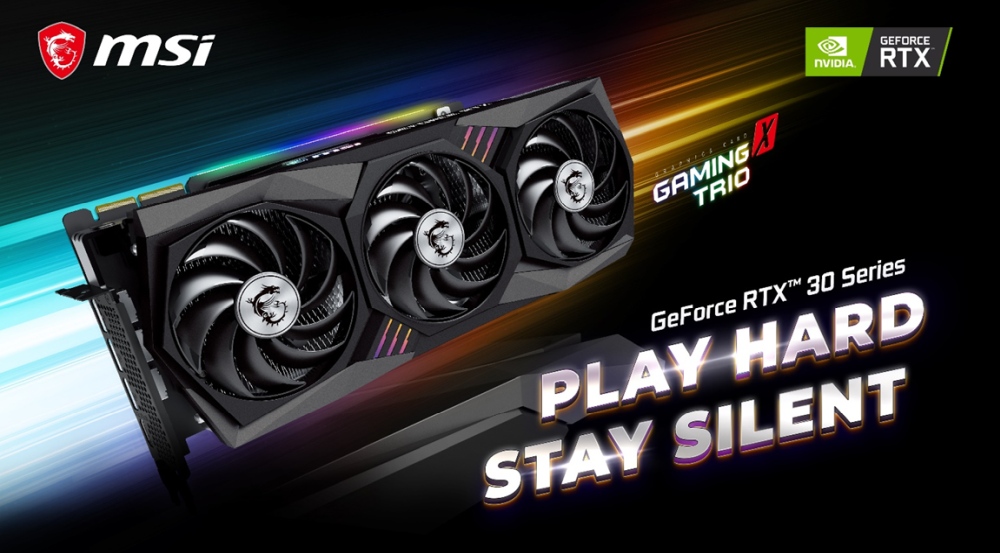 The Ventus series will also be back with the RTX 30 series, and these will come in triple- and dual-fan versions. The triple-fan versions will be available for all three cards, while Ventus 2X will only come on RTX 3070. There will be a total of eight different SKUs, two for RTX 3090 and RTX 3080, and four RTX 3070 SKUs.

As noted, MSI will give more details during its special Insider livestream, scheduled for September 2nd at 16:00 CEST/07:00 PDT.