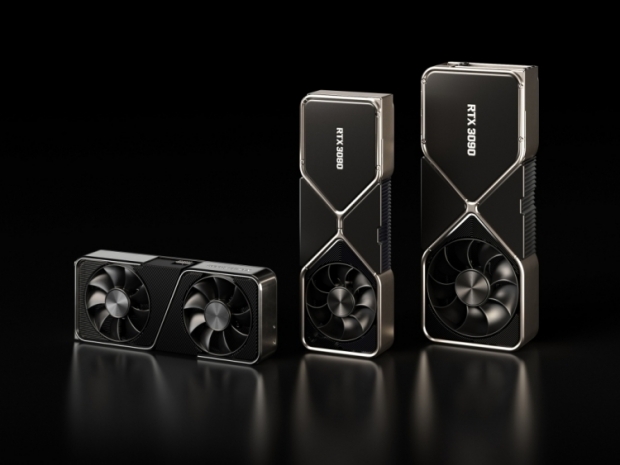 Nvidia Geforce has been spotted in the GPU-Z validation database confirming the previously rumored specifications including 4864 CUDA cores and the 8GB of 14Gbps GDDR6 memory on a 256-bit memory interface.

The validation page, although incomplete and with an incorrect TMU number, shows what to expect from Nvidia's upcoming mid-range RTX 3060 Ti graphics card. The RTX 3060 Ti is based on the GA104 GPU, the same one as the RTX 3070, but comes with 1024 fewer CUDA cores, ending up with 4864. It also uses the same amount of memory as the RTX 3070, 8GB of 14Gbps GDDR6 memory on a 256-bit memory interface, leaving it with 448GB/s of maximum memory bandwidth.

The same validation page also shows the GPU clocks, suggesting it should work at 1410MHz base and 1665MHz GPU Boost clocks.

Bear in mind that Nvidia did not officially confirm the RTX 3060 Ti, but according to rumors, Nvidia AIC partners are gearing up for the launch so it could come as early as mid-November. The price should be somewhere below $400 but that is something that Nvidia can adjust at the last minute.

Nvidia is set to launch its RTX 3070 in two days, on October 29th, and AMD is gearing up for its big Radeon even on October 28th, so it will be an interesting week on the GPU front.

Last modified on 27 October 2020
Rate this item
(0 votes)
Tagged under
More in this category: « Nvidia allegedly working on GA102 based RTX 3070 Ti Nvidia Geforce RTX 3070 reviews are out »
back to top