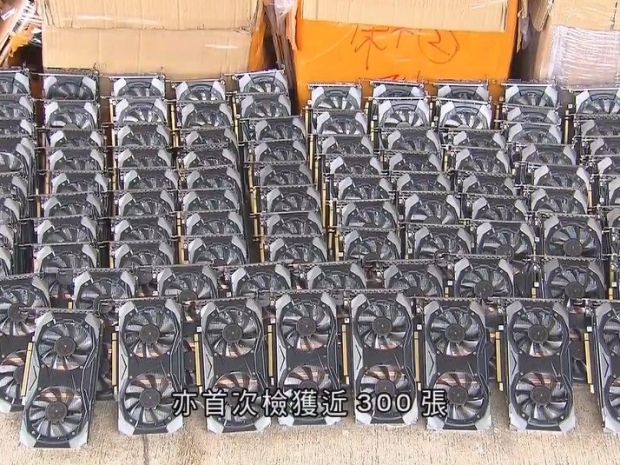 ExtremeTech is reporting about a recent high-speed boat chase involving up to 300 Nvidia CMP 30HX GPUs.

It all started in Hong Kong where Chinese authorities were detaining a fishing boat anchored near Hong Kong International Airport.

Men on the fishing boat were swapping cargo over to a speedboat. When authorities approached, the smugglers hopped into the motorboat and fled. While the customs officials were unable to apprehend the smugglers in the subsequent high-speed chase, the poor fishing boat owner could not get away.

Confiscated goods, according to THG, included sea cucumbers, shark fins, and other various tech products and gadgets. The graphics cards were considered a surprise.

What is funny is that it is pretty clear that the smugglers didn't know what they were trying to bring in and would probably make more cash from the sea cucumbers.

The haul consisted of low-end 30HX CMP cards, which could be used in bitcoin mining.  The only problem here is that some regions in China have imposed a ban on mining farms, which were profiting from very cheap electricity.

Those regions have banned crypto-mining operations, and authorities have ordered all existing farms to be closed.  It is not as if you can hide the electricity consumption required for bitcoin mining from the authorities.