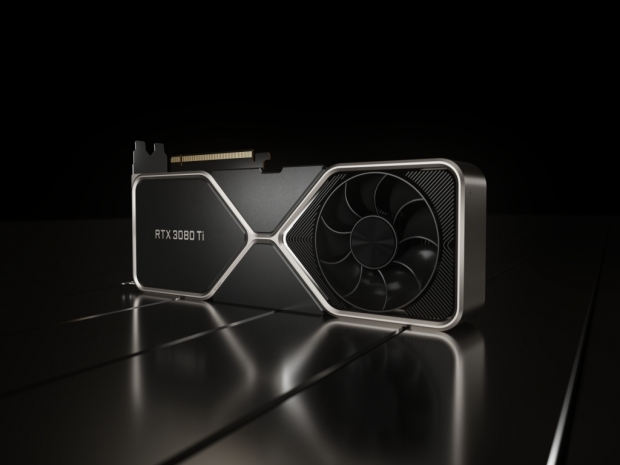 As expected, both of these new Geforce RTX cards are powered by Nvidia Ampere architecture, and, as Nvidia describes it, the Geforce RTX 3080 Ti is the new flagship, building upon the RTX 3080 and bringing 20 percent more memory bandwidth and an 18 percent increase in CUDA core count, while the Geforce RTX 3070 Ti is a successor of what Nvidia calls "the most popular Ampere", bringing 256 more CUDA cores, faster memory, and a $100 price bump. 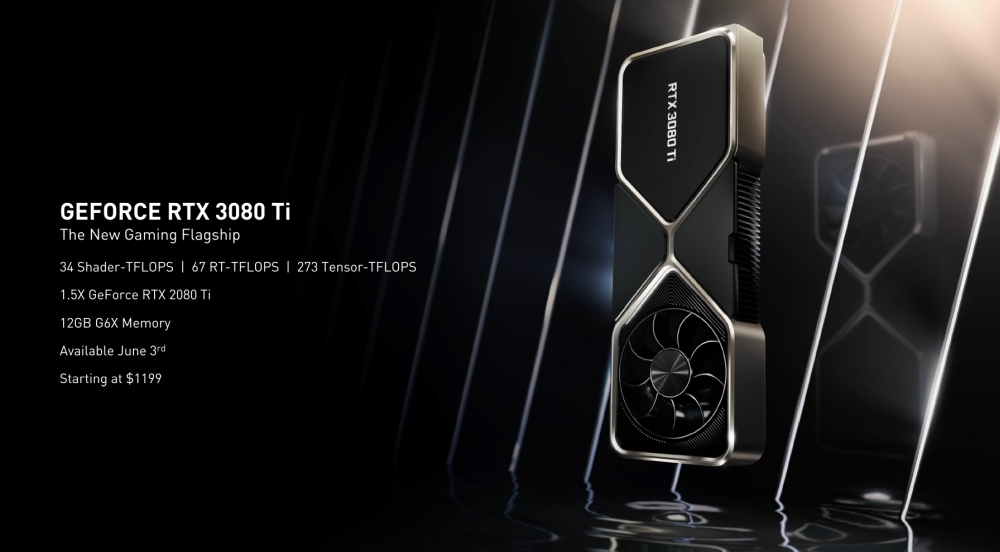 The GPU ticks at 1365MHz base and 1665MHz GPU Boost clocks and it has a 350W TDP. In its own benchmarks, Nvidia compared the RTX 3080 Ti to the RTX 2080 Ti, showing a significant increase in performance all across the board, in rasterizing, raytracing as well as rendering performance. 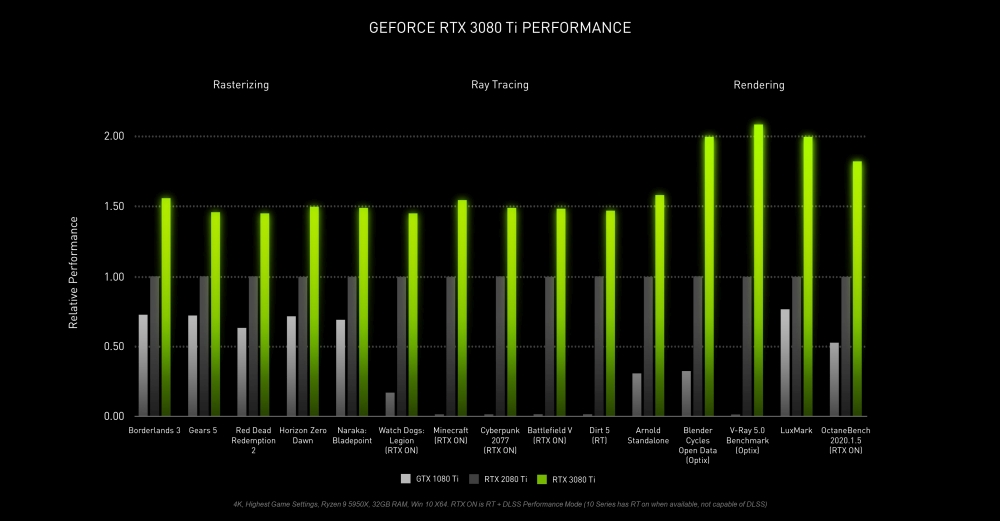 Nvidia was also keen to show off some gaming performance, with the DOOM Eternal game, running with Raytracing on the RTX 3080 Ti.

The overall performance of the RTX 3080 Ti should be similar to the RTX 3090, with a minimal gap and we expect a similar result compared to the RTX 3080 non-Ti, expecting somewhere at just over 10 percent.

The Nvidia RTX 3070 Ti is definitely an impressive card and might be the most popular of the bunch. 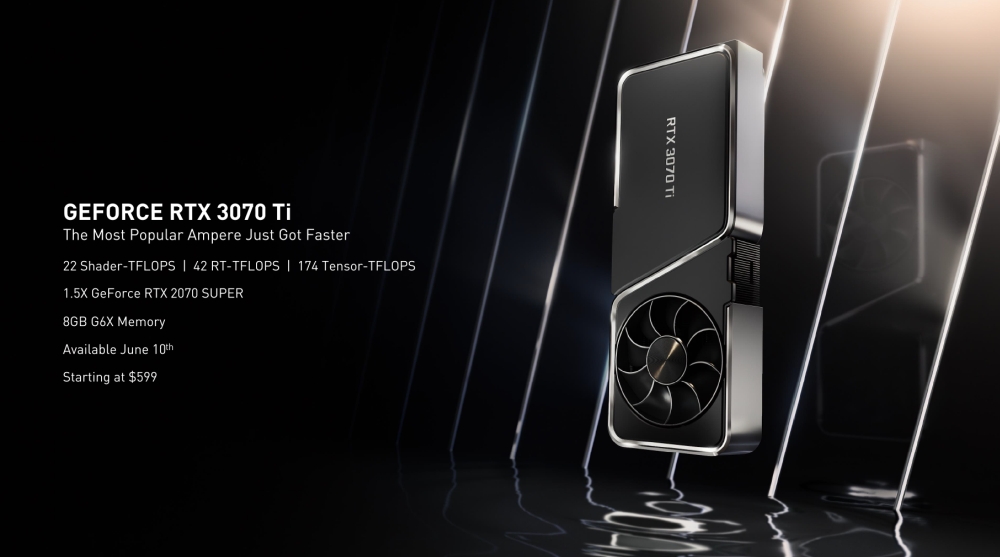 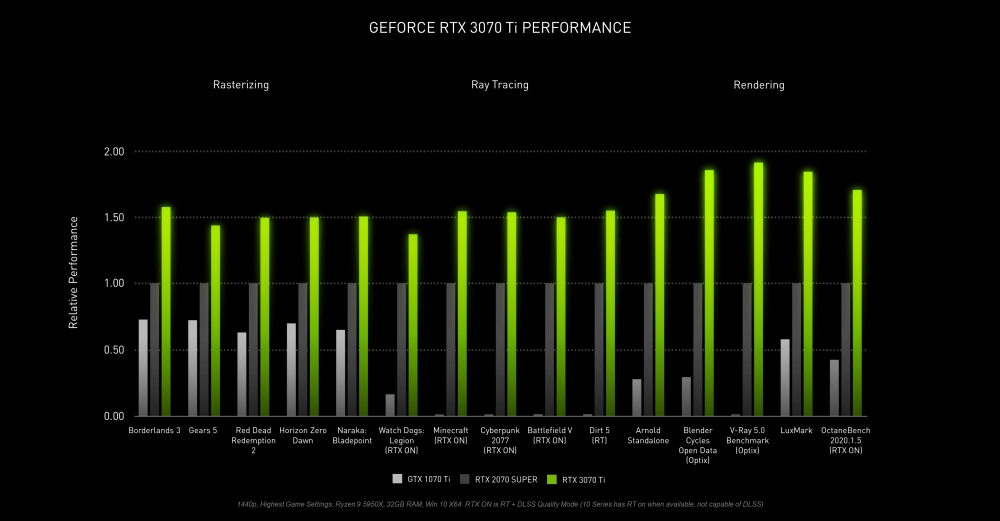 Hopefully, Nvidia will have plenty of stock at launch dates so some of these will end up in the hands of gamers, rather than scalpers and cryptominers, as while these come with cryptomining limiter it still can be done but could be unprofitable - rumored at around 65 MH/s at 227W for the RTX 3080 Ti.

Both GPUs will be available for purchase as custom boards from day one, with standard and factory-overclocked models coming from usual Nvidia AIC partners, including ASUS, Colorful, EVGA, Gainward, Galax, GIGABYTE, Inno3D, MSI, Palit, PNY, Zotac, and others.

Of course, we will wait for the official reviews to show up and give us a clearer picture of the actual performance of these two new Geforce RTX 30 series cards.