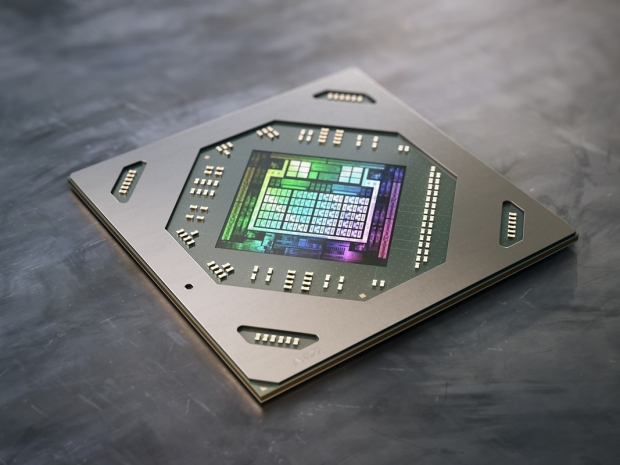 AMD says it will increase the number of its gaming laptop with three new RDNA 2-based Radeon RX 6000M GPUs.

The move is seen as a counter to Nvidia’s 30-series GeForce cards. A total of three RX 6000M GPUs were introduced as part of AMD's keynote at the virtual Computex 2021 and include:

AMD said the RDNA 2 chips offer 1.5X the performance over the original RDNA designs, while operating at 43 per cent less power. In something AMD calls “power-constrained gaming” while the rest of us call it gaming on battery, RDNA 2 offers a 1.77X increase in performance.

It is pretty unfair though as that comparison uses Intel’s older Core i7-9750H CPU which is a bit like comparing a steam train with one of the more snazzy Japanese bullet trains. AMD also showed off comparisons with an Asus ROG Strix Scar 15 with a Ryzen 9 5900HX and GeForce RTX 3080 Laptop GPU at the 115-watt configuration. There, AMD said, the Radeon RX 6800M can match or exceed even Nvidia’s top-end GeForce RTX chip (albeit at a lower-wattage configuration).

In addition to the new GPUs, AMD  announced what it’s calling the AMD Advantage Design Framework. In a nutshell, the program is designed to improve the quality of gaming laptops by mandating brighter displays, fast NVMe SSDs, better thermal designs, and other “advanced system design characteristics,” AMD said.

AMD’s Advantage Design Framework guarantees that a gamer will get a fast GPU and CPU and also get a brighter display, NVMe SSD, and decent cooling.

The initial AMD Advantage key experience means a gaming laptop will get: 100 fps gaming at 1080p, a 144Hz+ low latency display based on IPS or OLED screens, NVMe SSD, and at least 10 hours of video streaming on battery.

Last modified on 01 June 2021
Rate this item
(2 votes)
Tagged under
More in this category: « Nvidia Founders Edition cards won't be getting the LHR treatment Nvidia officially announces Geforce RTX 3080 Ti and RTX 3070 Ti »
back to top