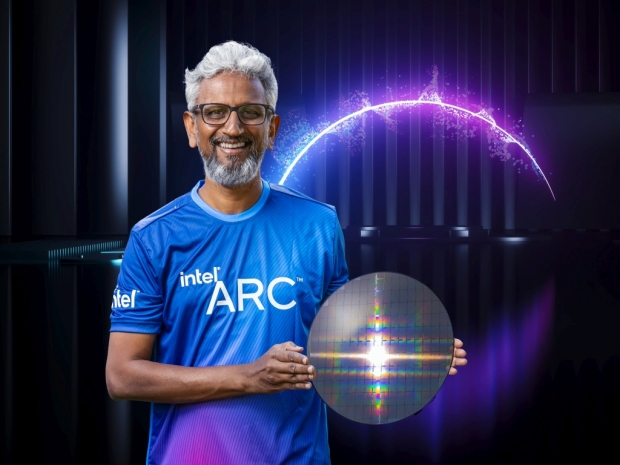 While we have already heard all the codenames for future Intel Xe HPG GPUs, Intel has now revealed the full "multi-year" roadmap, detailing the Xe HPG Alchemist, launching in Q1 2022, as well as future GPUs, Battlemage, Celestial, and Druid. Unfortunately, Intel did not give out any dates for its future GPUs, but did note that the Intel Arc Druid will be based on Xe Next Architecture, rather than an updated Xe HPG architecture. 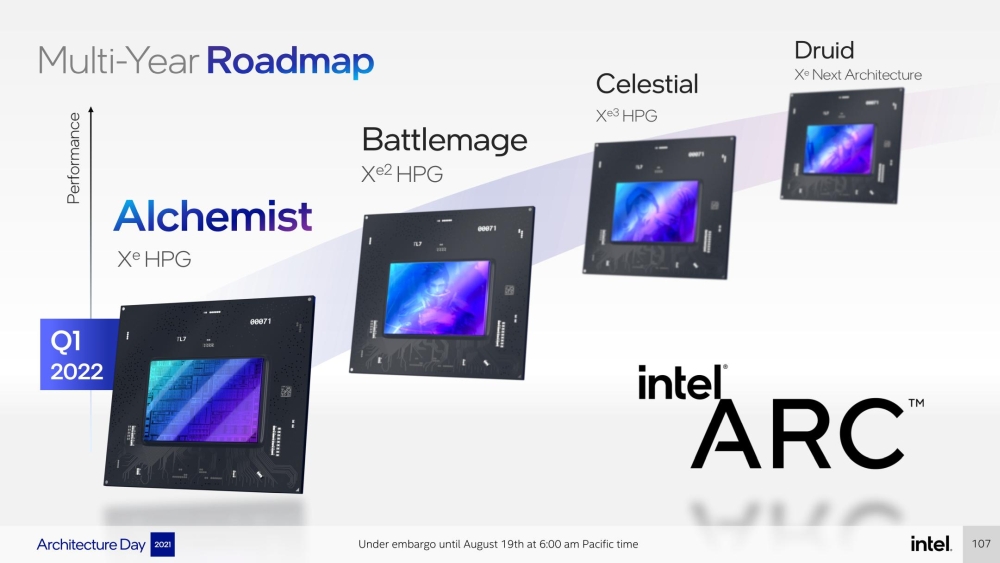 Intel also noted that the Xe HPG GPU will have improved power efficiency and higher voltage/frequency, compared to the Xe-LP, but it is still not clear if these come from a different, improved, and smaller manufacturing process or other optimizations. 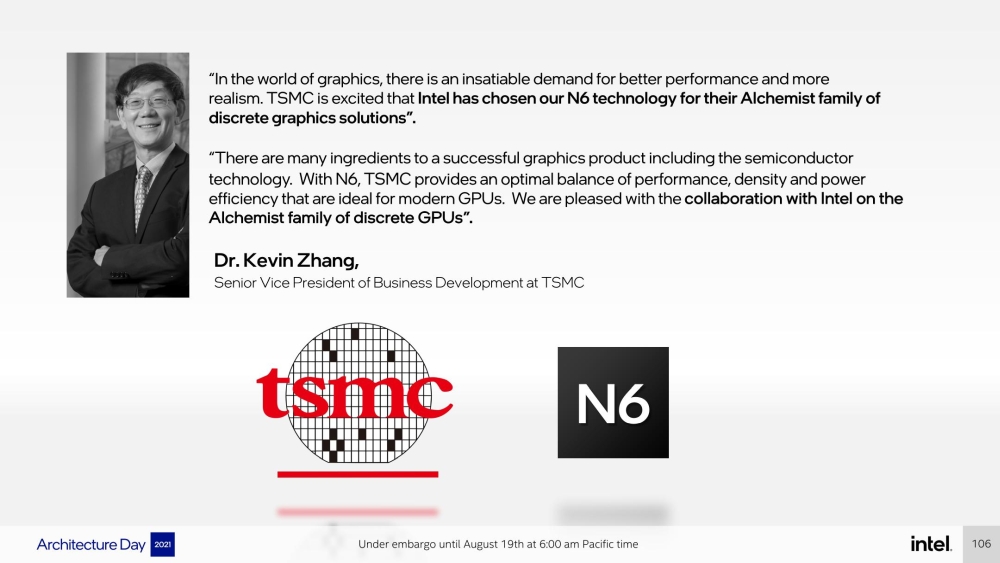 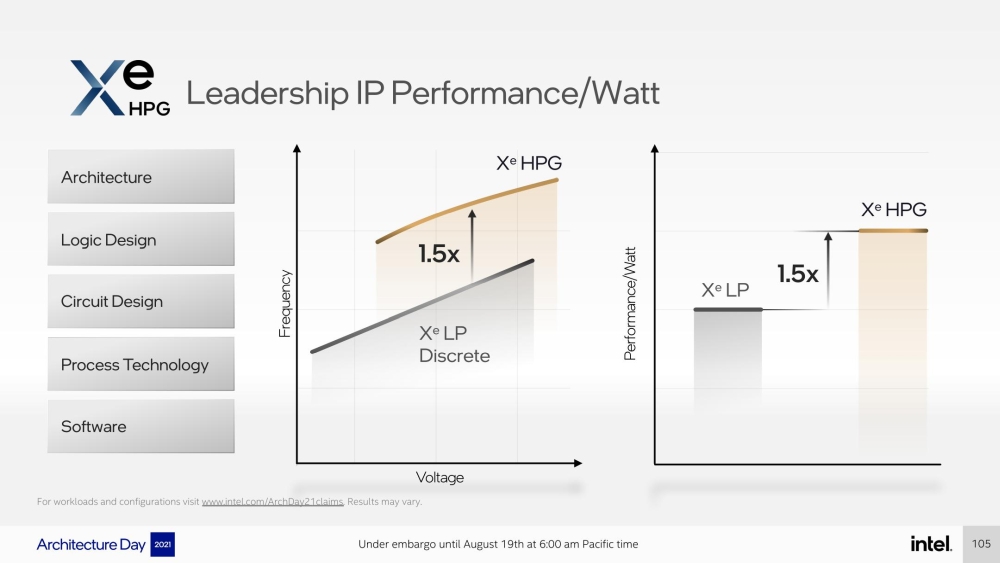 Intel also provided some details regarding the actual Arc Alchemist Xe HPG GPU, previously known as the DG2, showing a full block diagram of the flagship GPU with 512 EUs.

The GPU will be based on Xe-Cores, something that Intel is describing as the "compute building block of Xe HPG-based GPUs. The Xe-Cores are grouped in so-called Render Slices (four Xe-Cores for Alchemist), with each of the Xe-Cores featuring 16 Vector Engines (256-bit) and 16 Matrix Engines, a Ray Tracing Unit, and a sampler.

A group of four Xe-Cores makes up a Render Slice, which shares geometry and rasterization frontends, and two pixel backends. A total of eight of these Render Slices makes up the Intel Arc Alchemist GPU, sharing Memory Fabric, which is basically a large L2 cache. 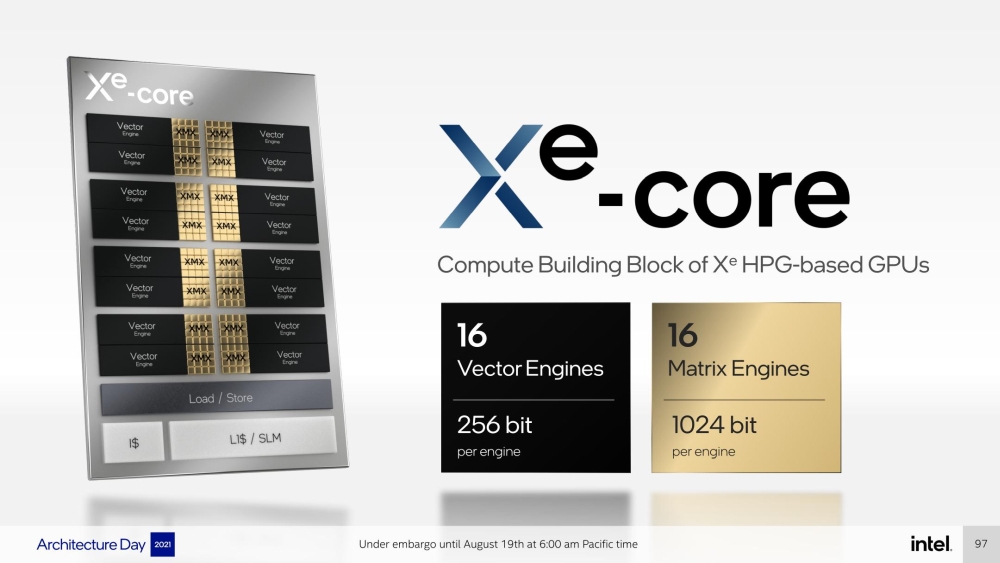 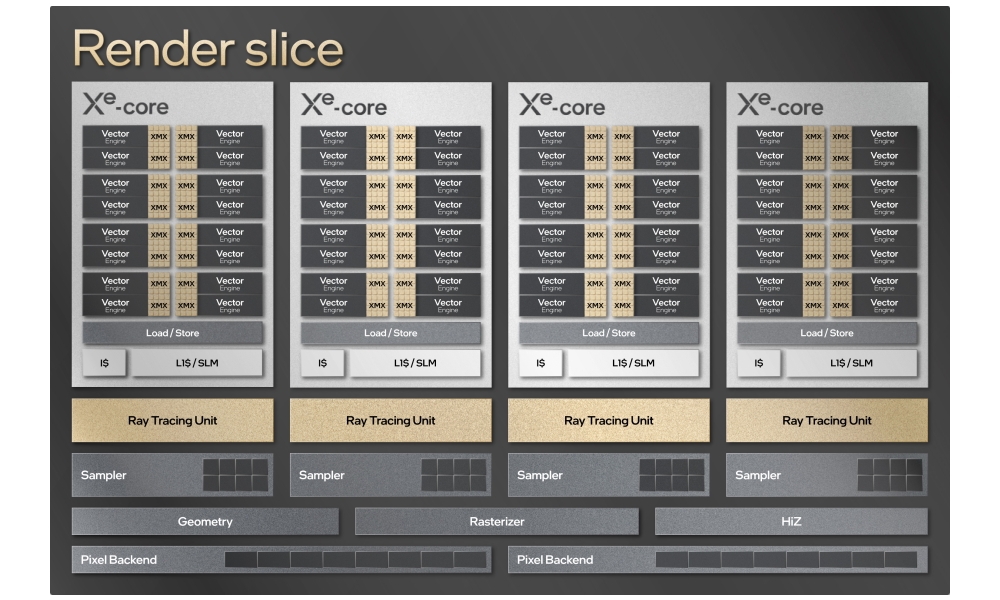 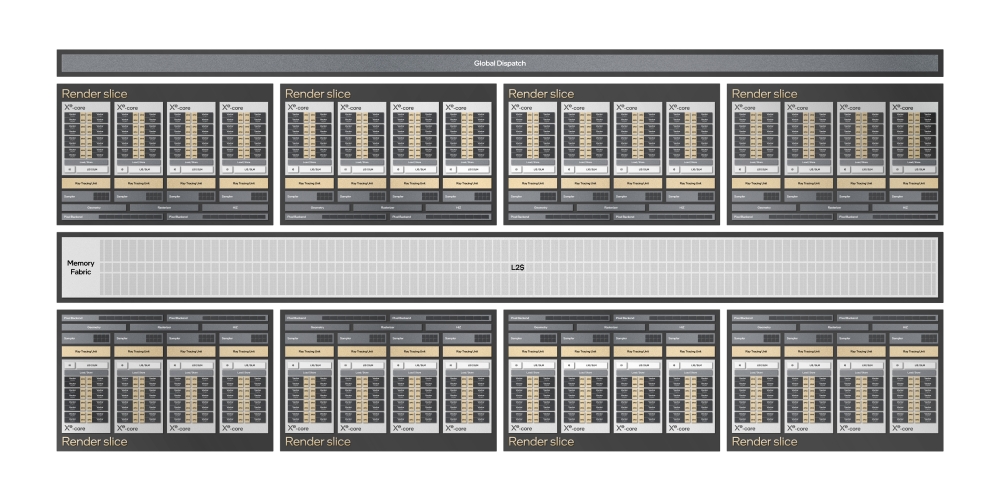 Intel also gave a bit more details about its Intel Xe Super Sampling technology, which is a temporal-based upscaling technology and it uses Xe SSD XMX instructions providing a high-quality 4K image. In its graphs, Intel did show that we will see a slightly higher frame render time compared to other traditional upscaling technologies, but it will still be lower than rendering a native 4K image. 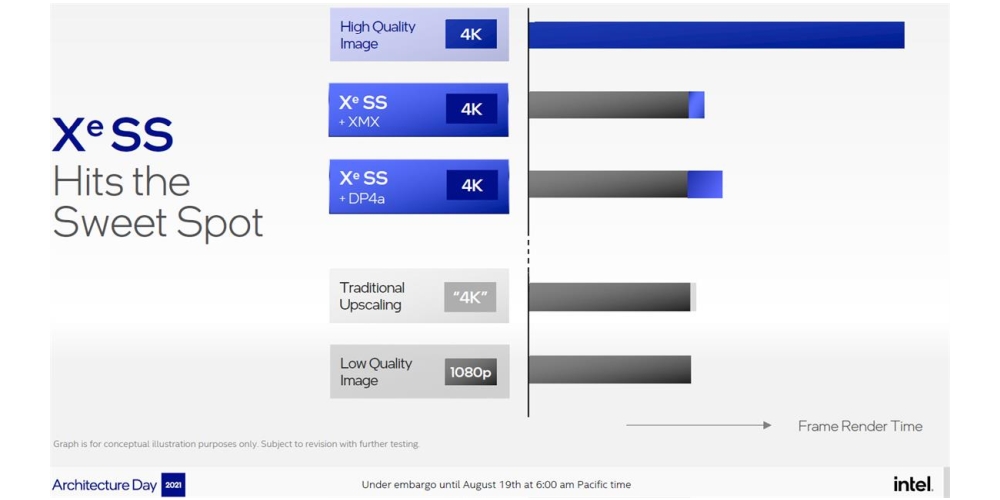 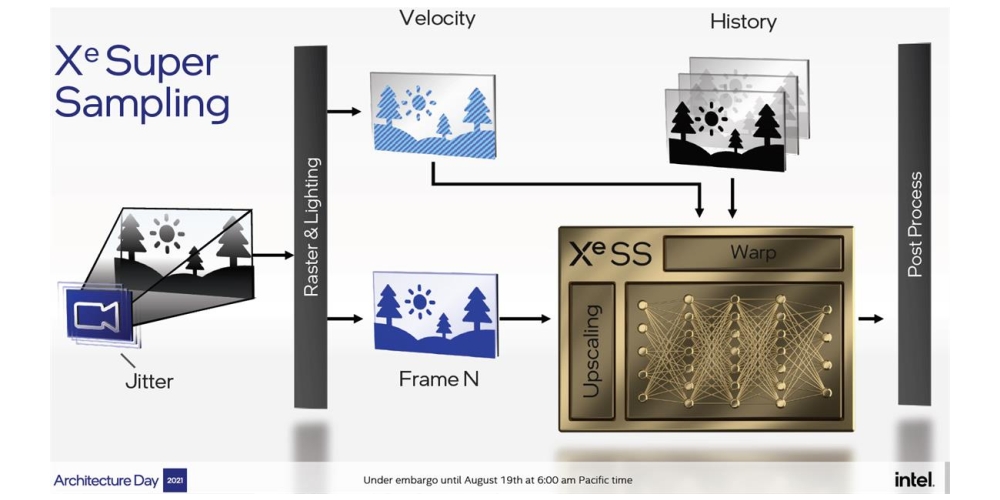 Intel's ambitious plan to enter the high-performance GPU market, which has been announced four years ago, will reach its goal in Q1 2022 with Intel Arc and the Alchemist GPU (DG2). We are certainly looking forward to the launch as well as hearing more about the actual memory configuration, performance, and pretty much all other juicy details.

Last modified on 21 August 2021
Rate this item
(6 votes)
Tagged under
More in this category: « Intel introduces its new Arc brand for graphics products GeForce RTX 3090 Super is a pimped out ride »
back to top