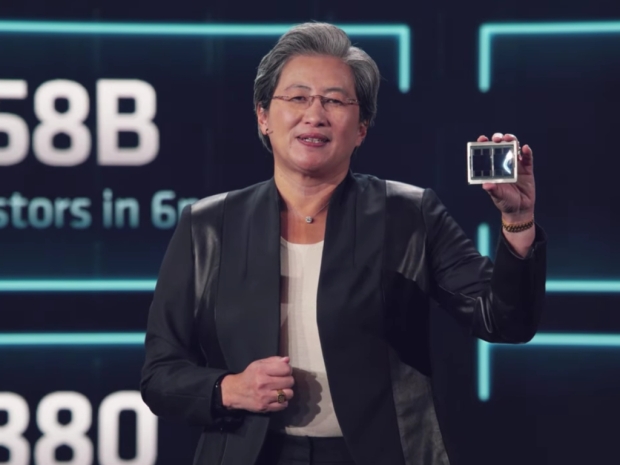 In addition to the CPU announcements, a big part of AMD's Accelerated Data Center keynote was focused on the new AMD Instinct MI200 series accelerators. Based on the new CDNA 2 GPU architecture, this dual-GPU accelerator claims the world's first exascale-class GPU.

The new CDNA 2 die is built on TSCM's N6 manufacturing process (6nm) and packs a total of 29b transistors, at least from what we can gather from AMD's Instinct MI200 announcement. Unfortunately, there are no official details about the die size, but it appears that the GPU packs 112 Compute Units (CUs), packed in 4 Compute Engines, and paired up with eight Infinity Fabric Links and four HBM2E memory controllers. 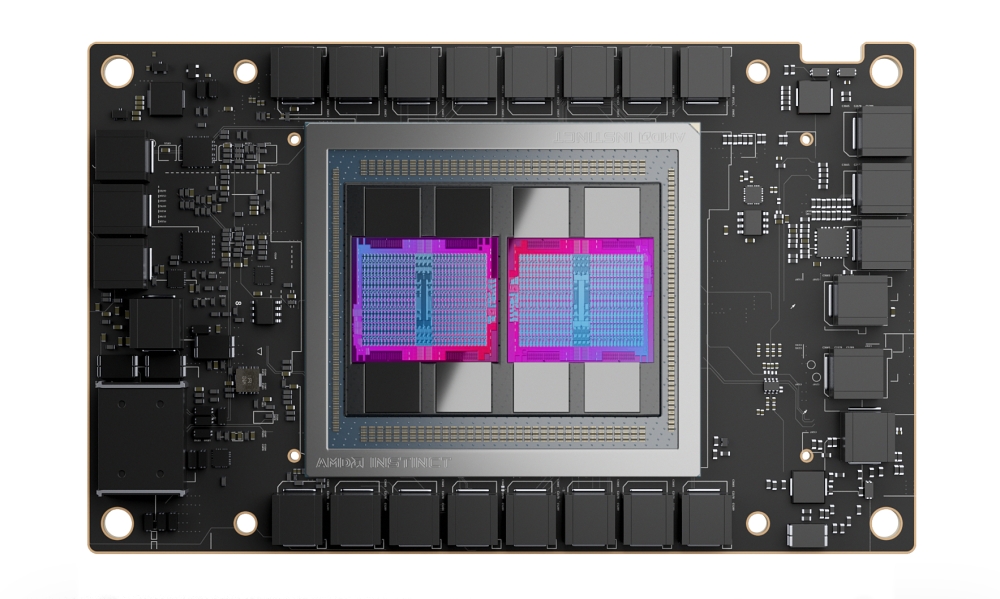 The AMD Instinct MI200 series has a lot to brag about, including the new CDNA 2 workload-optimized compute architecture, 3rd gen Infinity architecture support, and being the first multi-die GPU.

The AMD Instinct MI200 series will include a total of three different accelerators, including the flagship MI250X and the MI250, both of which are shipping today, and the MI200 PCIe series with MI210, which is coming soon. 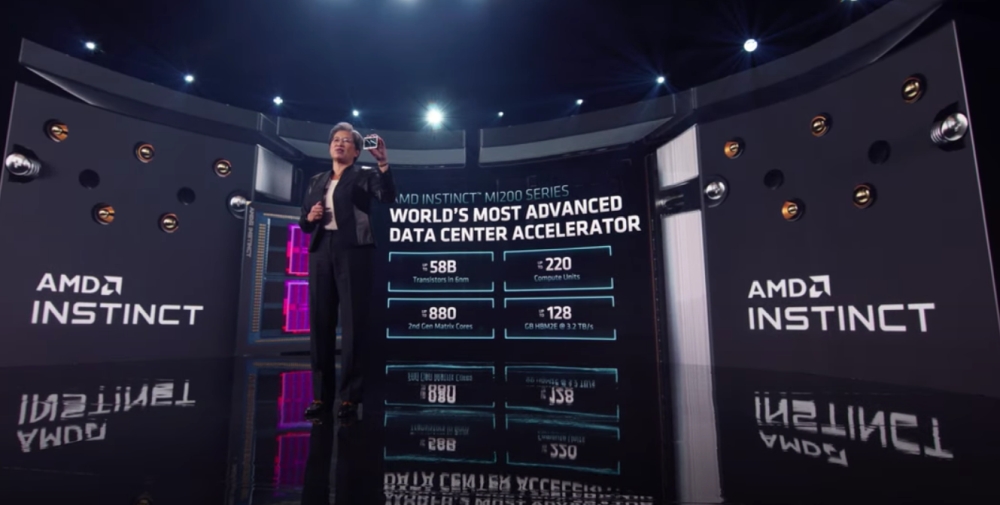 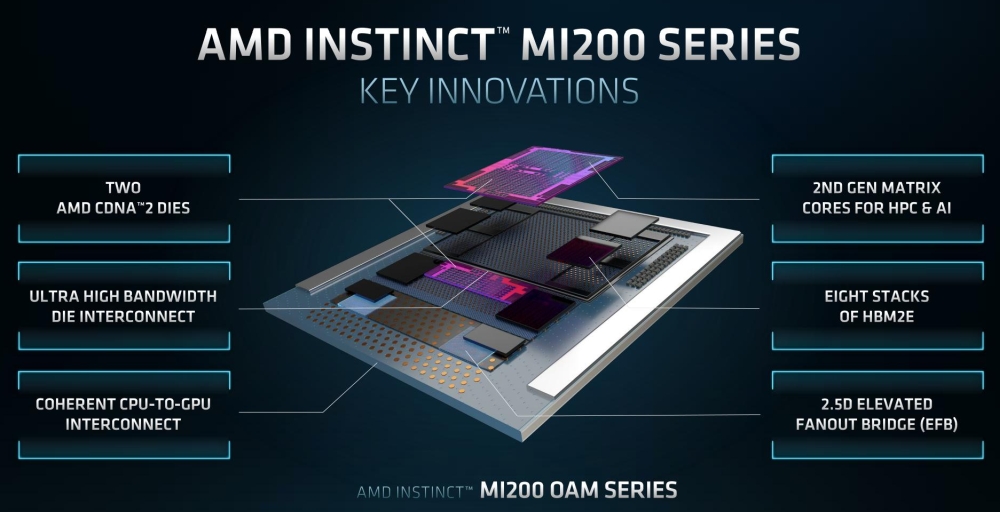 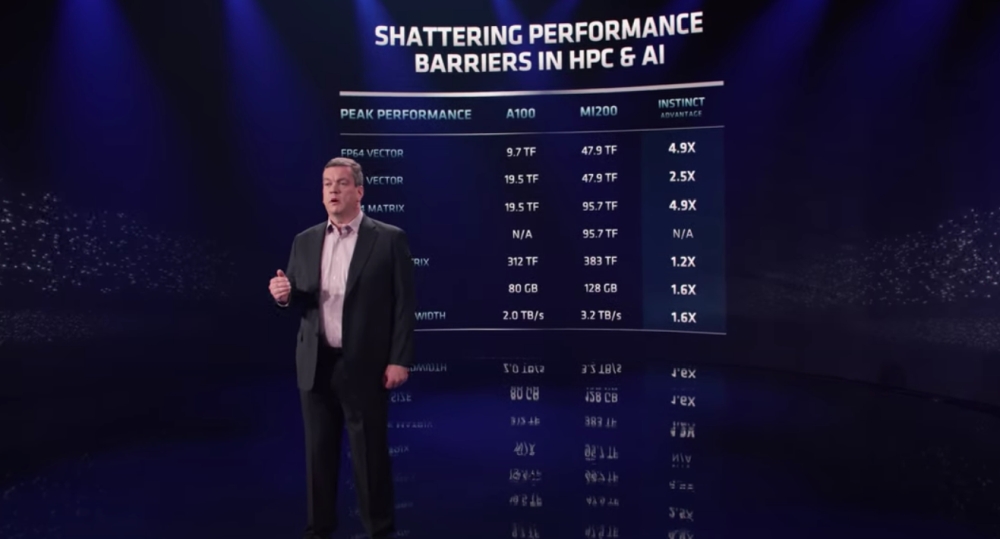 The Instinct MI250 is somewhat a cut-down version, offering 104 CUs per GPU, but it retains 128GB of 3.2TB/s HBM2E memory, at least as far as we could gather from

Both the MI250X and the MI200 are based on the Open Compute Project Accelerator Module (OAM) form factor, and AMD has some details about the both mechanical and thermal design of the module. Since four Infinity Fabric 3.0 links are used between GPUs, this leaves four of those 25GB/s links (100GB/s of bi-directional bandwidth) for linking with other hosts or accelerators. 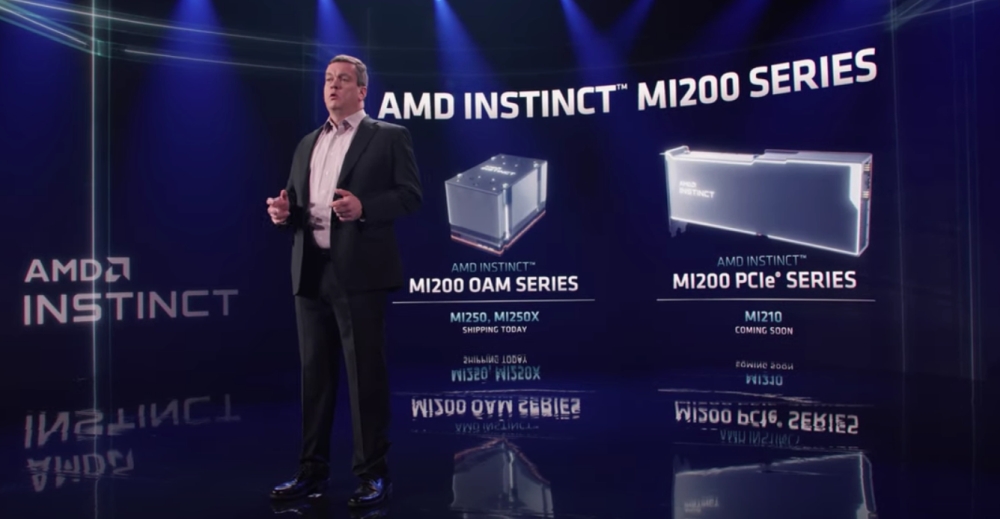 Shipping to Frontier supercomputer, coming in Q1 2022 for everyone else

AMD was keen to note that the Instinct MI200 series is already shipping, but only to the Frontier supercomputer, one that AMD is doing with the US Department of Energy.

As far as the rest of the customers, the MI200 will be available in Q1 2022, and all the usual partners are on the list. 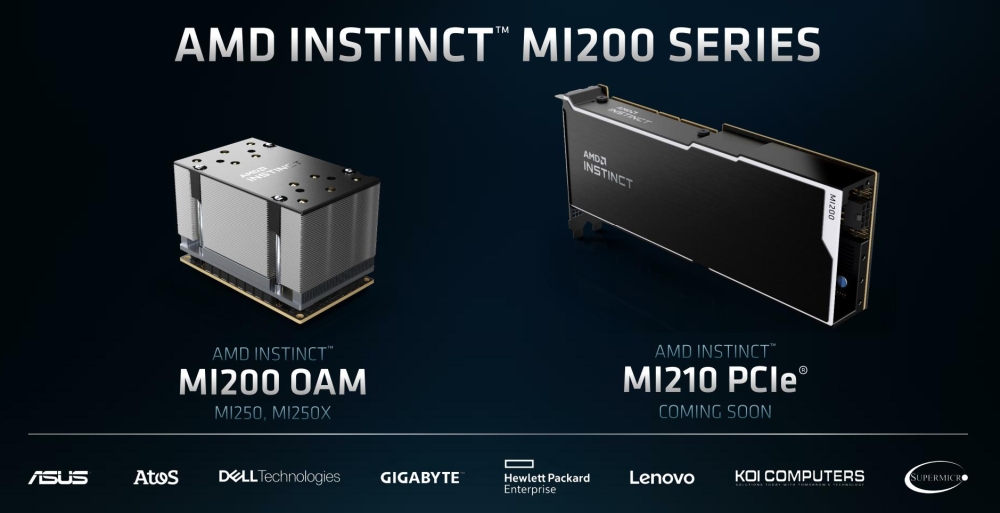 Last modified on 09 November 2021
Rate this item
(4 votes)
Tagged under
More in this category: « AMD releases Radeon Software 21.11.1 drivers MicroLEDs will not be around until 2023 »
back to top