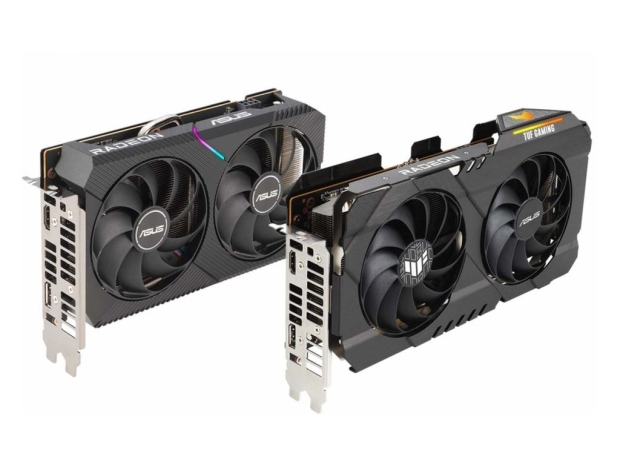 Although the Radeon RX 6500 XT has been announced with a rather reasonable $199 MSRP, it appears that retailers/e-tailers have a slightly different idea and those could cost €300 in Europe.

The Radeon RX 6500 XT was announced with an MSRP of $199, and despite its obvious drawbacks like 4GB of GDDR6 memory and limited PCIe bandwidth, it looked like a really nice graphics card for entry- to mid-range market.

Unfortunately, retailers/e-tailers, and AMD AIC partners, have a slightly different idea, and with the current state of the market as such, it appears that it will launch with a "slightly" higher price tag.

According to ASUS' German press site, reported by Videocardz.com, the Radeon RX 6500 XT Dual and the RX 6500 XT TUF versions will cost €299 and €334 in Germany. This is a significant price increase compared to MSRP, even when taxes are taken into account.

The Radeon RX 6500 XT sounds like a pretty good graphics card on paper, with the positive side being that it won't be on the cryptocurrency miner shopping list due to its low 4GB memory amount, but such price puts it into a whole different market segment. 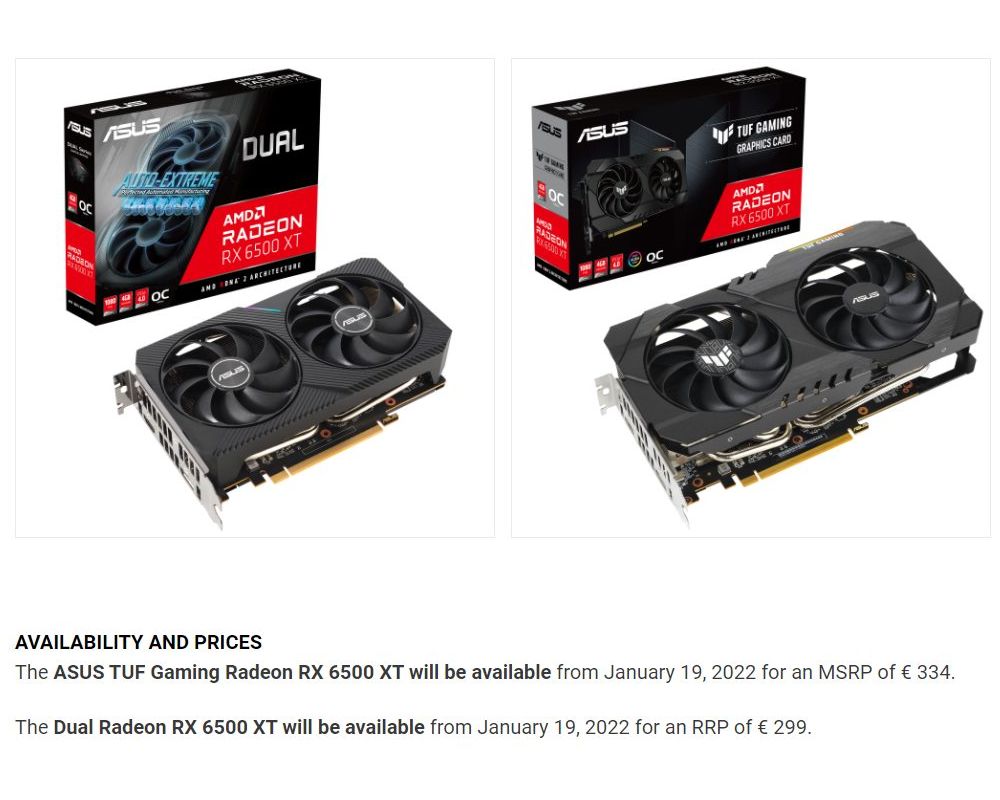 Rate this item
(1 Vote)
Tagged under
More in this category: « Nvidia launches the Geforce RTX 3050 AMD part of Amazon’s High-Performance Computing »
back to top