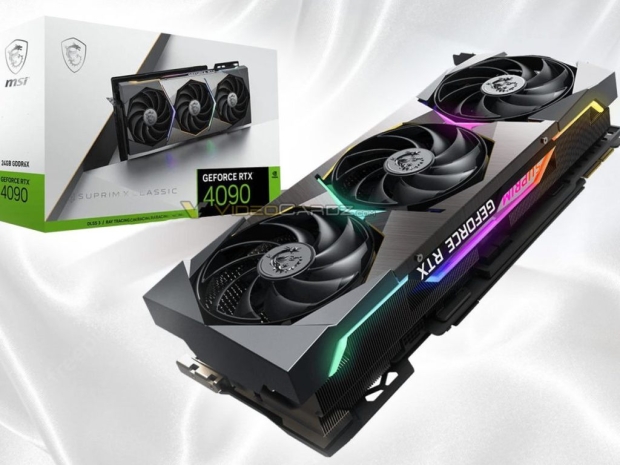 While it is the same cooler used on the RTX 30 series Ampere cards, it is still a triple-slot, triple-fan Tri Frozr III cooler which should be more than capable of cooling down the Geforce RTX 4090 graphics card. The card was spotted over at Twitter and reported by Videocardz.com, and is currently limited to MSI China but should eventually come to other markets as well.

The card is positioned just below the flagship RTX 4090 SUPRIM X, and appears to be the same, but should eventually be cheaper. Unfortunately, we still do not have precise availability date or price.

Rate this item
(0 votes)
Tagged under
More in this category: « Samsung working to commercialise MicroLED Nvidia’s AD103 and AD104 changes will not drop the price »
back to top