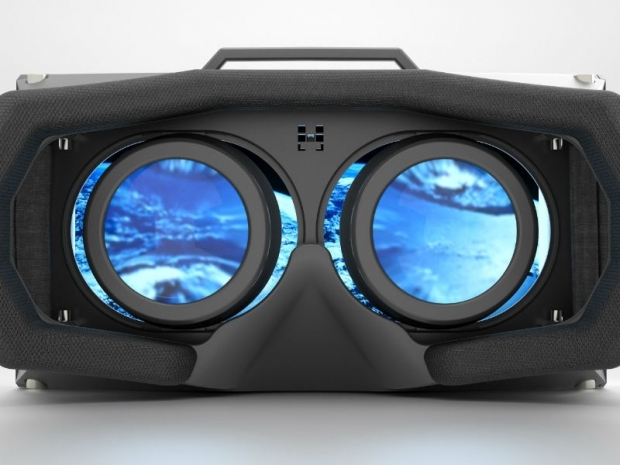 Now there is another player in the Virtual Reality arena and it goes under the name FOVE.

This company is of course on Kickstarter and promises to ship you one of the glasses for $349, as long as you fund them today, and they got funded. If all goes well, they promise to send you FOVE glasses by May 2016.

The technology sounds promising, as it includes eye tracking that will allow you to aim with your eyes, focus your vision or to make eye contact, but again we have a good feeling that VR products such as Oculus have better chances perfecting the user experience.

Oculus VR will ship in early 2016 and HTC Re Vive glasses should launch before the end of the year. We have been asking around for a few months now to get a feeling about the pricing of this product.

It turns out that both the Valve – HTC solution and Facebook – Oculus solution will be closer to $1,000 than to $500. It should cost as much as a modern high end graphics card, simply as this is expensive technology and these companies are looking for some return on investment on millions of dollars they invested in VR research and development.

The HTC – Valve VR kit includes two lasers, and these things are not cheap. Oculus needs a lot of GPU power and at least Radeon R9 290, Geforce GTX 970 or faster graphics in order to deliver a decent experience. The lowest recommended processor Core i5 4590 sells for $199, with GPU that goes for at least $299, one can imagine that VR won't be for the entry level or mainstream PC user.

Samsung's Gear VR glasses are selling for $199 and you need a Galaxy Note 4 phone to power it. The phones itself sells for $560 and phone's GPU is not nearly enough to power the VR glasses for the 3D gaming.

So, when VR solutions start shipping in late 2015, expect them to be well north of $499 and we will report the price as soon as we get some solid info on it. They won't be cheap, that is for sure.

Last modified on 20 May 2015
Rate this item
(24 votes)
Tagged under
More in this category: « Asus Vivowatch shipping in Europe MediaTek Labs IoT webinar kicks off on the May 28th »
back to top