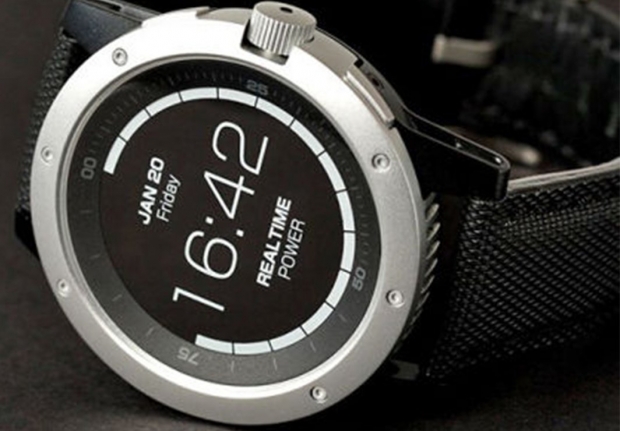 Which means it would be useless for us

Boffins have emerged from their smoke-filled labs with a new smartwatch which is powered by movement.

The PowerWatch is being used by Matrix Industries as a proof of concept for its thermoelectric generator technology. They say they have made it small and efficient enough to incorporate into a device as compact as a watch.

The PowerWatch needs nothing more than for you to wear it and is a bit like those self-winding watches which for some explicable reason always managed to stop – probably because we didn’t move much.

The thermoelectric generator circuit works by having a constant heat source on one side and another which is much cooler. The temperature difference between the two sides enables the technology to work.

A human body does its best to remain at a constant internal temperature of 98.6 degrees Fahrenheit. It is absorbed by the back of the PowerWatch while it’s being worn. On the other side of the watch is a metal housing and crown, with heatsinks disguised as part of its design, that help it to remain considerably cooler than the side touching the wearer’s skin.

The smartwatch can generate all the power it needs to run. When the watch isn’t being worn, it automatically goes into a low-power sleep mode, powered by an internal battery, so that it maintains the correct time and date until you put it back on again.

PowerWatch runs on Android Wear. It can sync to a smartphone over Bluetooth, ensuring it’s always set to the correct time zone, or allowing the wearer to customize its watch face. Otherwise it is pretty basic. It even lacks many of the basic fitness trackers.

However, it can tell you a lot more accurately how many calories you have burnt in work out because it is dependent on the wearer’s body heat for power so it can track the subtle fluctuations in body temperature.

The PowerWatch is being made available through an Indiegogo crowdfunding campaign which gets underway today, requiring a contribution of $170 for a pre-order that’s expected to ship sometime in July of next year.

Last modified on 15 November 2016
Rate this item
(3 votes)
Tagged under
More in this category: « Apple’s plans for digital glasses start to leak Intel denies exiting the wearables market »
back to top