Why did Microsoft rename Win Holographic to "Windows Mixed Reality"? 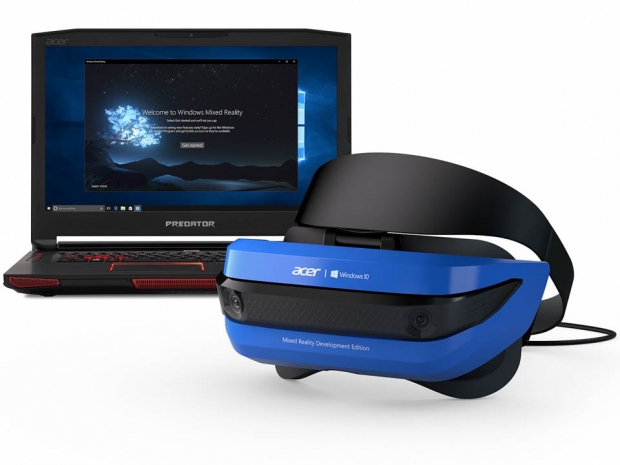 Last week Microsoft decided to make a brand name change to the Windows Holographic platform that will ship with an upcoming version of Windows and enable a variety of apps and programs to run on new head-mounted display units arriving this spring.

In a statement given to Tom’s Hardware last Monday, the company said that it renamed “Windows Holographic” to “Windows Mixed Reality” in order to be "more encompassing to a development community that wants to support a variety of computer-aided perception platforms" - whatever that means.

Rather than giving the impression that developers would be limited to coding for HoloLens and similar AR headsets, the name change is an attempt to include support for other platform types aside from augmented and virtual reality, which include sub-types like augmented virtuality (AV) and mediated reality (MR).

In summary, Microsoft’s Mixed Reality platform is a shell that runs on top of Windows 10. It lets people run Windows Universal Apps and launch traditional Win32 programs inside of a virtual, augmented, mediated, or mixed reality desktop window. At a presentation during GDC in San Francisco last week, the company said that Acer will begin shipping Windows MR Development Edition headsets later this month complete with dual 1440p displays at 90Hz, a single HDMI 2.0 port and USB 3.0 port for data, and built-in audio out and microphone support through a 3.5mm jack.

For now, the headsets are only being sent to developers, though the company has just shipped its first build of Windows 10 capable of supporting the platform that includes a demo for such developers who also meet the minimum PC requirements.

With a wide range of computer aided perception technologies being used in modern head-mounted displays, sometimes it can useful to visualize the full spectrum of environment types. For this, there is a useful diagram called the “reality-virtuality continuum”.

At the top of the hierarchy is an overarching term which is called “Mixed Reality.” This can refer to a number of computer-aided perceptual environments including augmented reality, mediated reality, augmented virtuality, and virtual reality.

Tethered vs untethered: The challenge supporting both head-mounted display types

So far, Microsoft appears to be in a tight space when it comes to supporting productivity apps on both untethered and tethered headset devices. The first type are headsets like the Samsung Gear VR that use an ARM-based smartphone as the display and function as a processing unit when attached to a hollow HMD shell. The second type are more similar to the Oculus Rift and HTC Vive and require a data connection to a PC with at least upper mid-range specs. Right now, the minimum requirements for running the Mixed Reality platform include Core i7 7200U with HD Graphics 620 and DX12 support, along with at least 8GB of RAM.

The difficulty in supporting tethered devices is currently twofold – most of them run Android, and they run with ARM-based processors that do not meet the minimum platform requirements. While the company’s Windows 10 Mobile platform supports ARM and will get the Creators Update later during the year, the company still needs to produce an x86-based smartphone based on an ultra-low voltage Intel or AMD platform with DX12 support. The situation is not entirely improbable, as Microsoft has yet to announce the specs of its upcoming Surface Phone lineup, and it could certainly attract market share away from Google and its mobile VR development community with the weight of a decent sales pitch to attract consumers.

The result would be a Mixed Reality development community that can provide apps for both the enthusiast space – gamers using performance-hungry tethered headsets – and the casual office or home user interested in untethered headsets for light entertainment and productivity.

Last modified on 08 March 2017
Rate this item
(0 votes)
Tagged under
More in this category: « Oculus knocks $100 off its price Windows Mixed Reality demo is somewhat unrealistic »
back to top