Amazon is the queen of pointless speakers 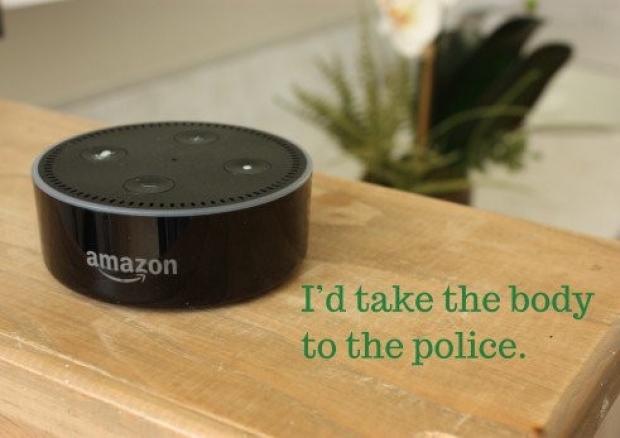 Alexa why did I buy you?

Amazon.com has taken control of the market for voice-controlled speakers.

Beancounters at research firm eMarketer have added up the numbers and divided by their shoe size and worked out that Amazon is the king of the market of those people who want to talk to their tinny cheap stereo speakers.

The e-commerce giant's Amazon Echo and Echo Dot devices will claim a 70.6 percent share of the US market this year, the study found.

The speakers feature Alexa, Amazon's voice-controlled aide, which users can tell to play music, order an Uber or turn on the house lights. Of course the sound quality is about what you would expect from such an object and the AI is not that great yet either but Amazon is still the king of the heap.

The next rival is Google Home, a similar gadget that has a 23.8 percent share, and less successful offerings from other tech companies. The number of active US users will more than double for the devices this year, to 35.6 million, eMarketer said.

The bonus from Amazon’s perspective is that more users means more data that can improve Alexa's understanding and could make it a top platform for voice.

Amazon said it has trouble keeping the gizmo in stock. Device sales and extra revenue from shoppers placing orders via Alexa could generate $10 billion for Amazon by 2020.

Google's share is expected to grow, though. This is partly because it has a slightly better product, although it does not have the ability to shop like Amazon’s.

The Tame Apple press discounted the report claiming that it failed to take into account Siri which everyone knows is the best AI speaker out there.

Last modified on 08 May 2017
Rate this item
(0 votes)
Tagged under
More in this category: « Fitbit surprises Wall Street Apple was top wearables vendor in Q1 2017 »
back to top