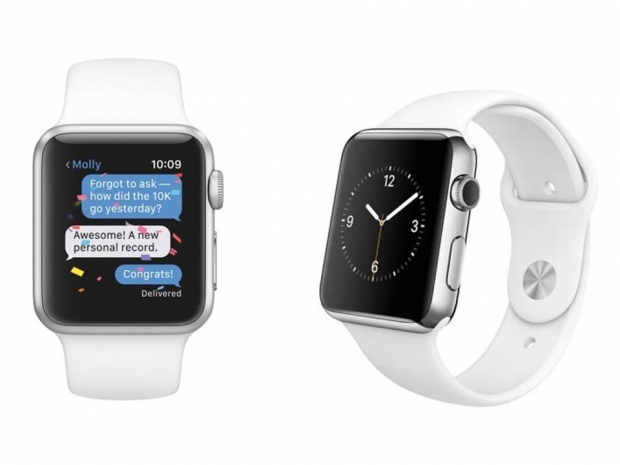 Apple shipped 3.5 million wearable devices worldwide in the first calendar quarter of this year, rising 59 percent from 2.2 million units in Q1 2016 and overtaking Fitbit as the world’s largest wearables vendor for the quarter.

According to Neil Mawston, Executive Director at Strategy Analytics, Apple captured 16 percent of the global market share as a result of its Watch Series 2 sales doing “relatively well”. In Q4 2016, the company sold a total of nine million smartwatches worldwide despite an unwillingness to share sales figures in its earnings calls, leading analysts to make estimates based on retail sales data, supply checks, and other measures. During a recent CNBC interview, CEO Tim Cook attributed the strong performance of Apple Watch to features such as fitness and health tracking.

This time around, Apple’s smartwatch sales have been holding up much more reliably in the US and the UK thanks to “enhanced styling, intensive marketing, and a good retail presence,” according to Mawston. On the other hand, Fitbit managed to sell just 2.9 million wearables worldwide in Q1 2017, a 36 percent decline from the 4.5 million it sold a year before.

“Fitbit has lost its wearables leadership to Apple, due to slowing demand for its fitness bands and a late entry to the emerging smartwatch market,” said Cliff Raskind, Director at Strategy Analytics.” The research firm suggests that Fitbit will need to prepare for a major recovery this year as it holds on to shrinking profits, combined with a lower pricing model and 52 percent lower revenues this quarter.

Between January and March, total worldwide wearables shipments reached 22 million units, up from 18.2 million shipped during Q1 2016, according to the Strategy Analytics report. “Stronger demand for new smartwatch models in North America, Western Europe and Asia drove the uptick,” according to Steven Waltzer, an industry analyst at the research firm.

Currently in the number two spot worldwide is Xiaomi, which sold 3.4 million wearables in Q1 2017, a decrease of around 10.5 percent compared to the first calendar quarter last year. The Chinese vendor now has a 15.5 percent global market share, ahead of Fitbit’s 13.2 percent.

Last modified on 09 May 2017
Rate this item
(0 votes)
Tagged under
More in this category: « Amazon is the queen of pointless speakers HTC Vive integrated headphone strap is coming soon enough »
back to top