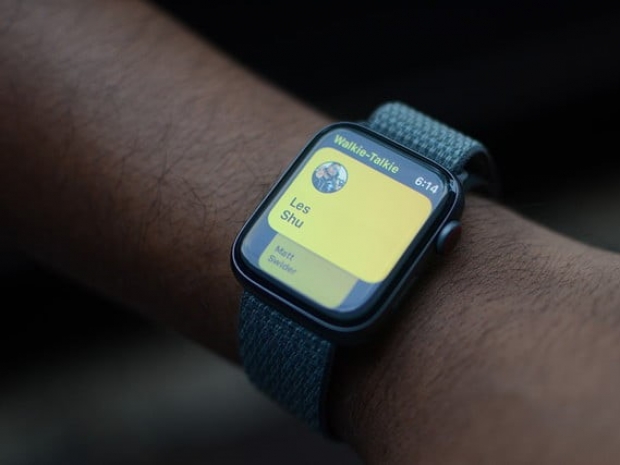 According to beancounters at ABI Research, smartwatches will see shipments increase from 40 million in 2018 to over 99 million in 2023.

In the outfit’s ABI Research’s Wearable Device Market Share and Forecasts report, Apple’s share of the market in 2Q and 3Q 2018 is seen to be dropping to 43.35 percent – its lowest point since the same time last year. While it is still the market leader, Fitbit, Huawei, and Samsung are following behind at roughly eight percent each, with the ‘others’ market seeing an increase in the share.

ABI Research Research Analyst Stephanie Tomsett said: “The smartwatch market is a major part of the overall wearables market, offering consumers access to a large number of wearable features, such as fitness tracking, notifications, and heart rate monitoring, from the wrist. As the number of flagship and budget smartwatches continues to grow, consumers are increasingly opting for devices from companies other than Apple, such as Fitbit, Huawei, and Samsung. Hence, Apple has seen its market share drop over the past couple of quarters.”

The Apple Watch 4 offers the usual notifications, fitness and heart rate tracking, as well as an LTE option, Siri, and extra features such as a fall sensor and ECG readings in the United States.

While few devices offer similar options, particularly the latter two, many other smartwatches are available from companies such as Fitbit, Huawei, and Samsung, many at a lower price with longer battery life and improved smartphone compatibility.

Consumers are increasingly weighing up the benefits and costs between the extra features and the longer battery life/cheaper price. When consumers start to do that, rather than relying on the Tame Apple Press reviews or Jobs’ Mob marketing hype, Apple starts to look bad

The Apple Watch retails from $399 without LTE and from $499 with LTE, with a battery life of around 18 hours, and is compatible with iOS devices.

The Samsung Galaxy Watch, which has many of the same features except a fall sensor and ECG capabilities, retails from $329 without LTE and from $379 with LTE, with a battery life of around three days, and is compatible with iOS and Android devices.

The Fitbit Versa, which lacks the same features as the Galaxy and also doesn’t offer an LTE version retails from $199.95, with a battery life of around four days, and is compatible with iOS and Android devices.

The Huawei Watch GT, which offers self-learning heart rate monitoring and GPS alongside the normal smartwatch features, retails from $230, with a long battery life of 14 days, and is compatible with iOS and Android devices.

“Apple will continue to ship many smartwatches to loyal and new customers. However, with so many other smartwatches available with most of the major features of the Apple Watch, at a reduced price, increased battery life, or with greater compatibility with a larger number of smartphone OSs, more consumers are likely to move away from Apple in favour of these other devices”, Tomsett said.

These findings are from ABI Research’s Wearable Device Market Share, and Forecasts report. This report is part of the company’s Smartphones, Mobile Broadband & Wearables research service, which includes research, data, and "Executive Foresights".

Last modified on 04 January 2019
Rate this item
(0 votes)
Tagged under
More in this category: « Fitbit Charge 3 gets hammered MediaTek releases smart home products »
back to top