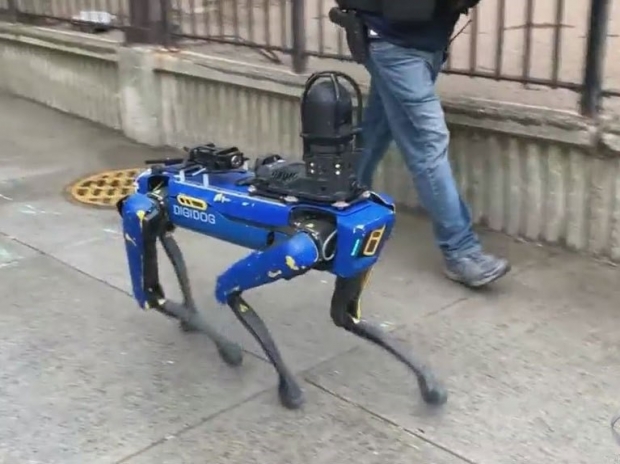 The New York Police Department said this week that it would stop using the "Digidog", a four-legged robot occasionally deployed for recon in dangerous situations.

NYPD officials confirmed that it had terminated its contract and will return the dog to vendor Boston Dynamics. Last December, the agency leased the Digidog, nicknamed Spot, for $94,000.

John Miller, the police department's deputy commissioner for intelligence and counterterrorism, told The New York Times that the contract was "a casualty of politics, bad information, and cheap sound bites".

Miller bemoaned the role of bad press in the backlash, but the NYPD's own actions were a blueprint for how not to introduce new tech and, for activists, how to effectively agitate for banning unwanted technologies.

Basically, New Yorkers didn't want a robot dog in their police force. In February, the NYPD used Spot to defuse a hostage situation in the Bronx. When video of the device went viral, its flexible legs and camera-for-a-head design spooked people.

The robot is quadrupedal but doesn't look like a dog - in fact it looks more like armed robots featured in a post-apocalyptic episode of Black Mirror. This comparison spread rapidly on social media.

Another problem was that NYPD's was all secret squirrel about the tech and residents hadn't expected to see robot-dogs respond to hostage situations.

Last modified on 03 May 2021
Rate this item
(1 Vote)
Tagged under
More in this category: « Magic Leap AR ready for later this year
back to top