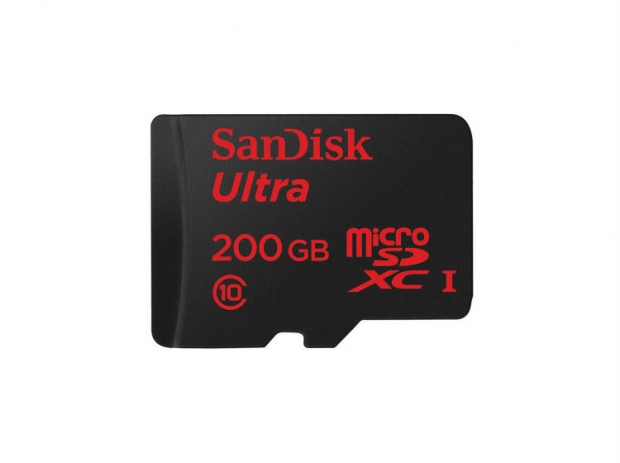 Just in time for Samsung to drop microSD support

The new 200GB SanDisk Ultra microSDXC UHS-I card, Premium Edition is designed to hold 20 hours of full HD video on a card as small as your fingernail.

It breaks a few records too. It is the second time that SanDisk has created the highest capacity microSD card on the market. Last year SanDisk broke the record with their 128GB card. This is not cheap though. The new 200GB card is $399.99 so don't expect to see many of them about.

SanDisk has also enhanced its existing SanDisk microSD card range with a "High Endurance Video Monitoring" edition. Available in 32/64GB options, the cards are ideal for dash cams and home surveillance equipment because they can record and rewrite up to 10,000 hours of footage. Dashboard and surveillance cams bear the brunt of the elements, so these memory cards have been engineered to hold up in tough weather conditions, like freezing rain or a sun-baked dashboard.

SanDisk's is planning a reversible flash drive. SanDisk's Dual USB Drive is half USB 3.0 and half type c connector (for the latest generation of iPhone, iPad, and Mac.)

This tiny little device is the first double-sided flash drive that lets you transfer your files between your iPhone and PC. SanDisk also unveiled the 128GB iXpand Flash Drive, which also gets files from your mobile device, and onto your PC where you will actually store them.

The iXpand automatically copies your phones camera roll and videos to the device when connected.