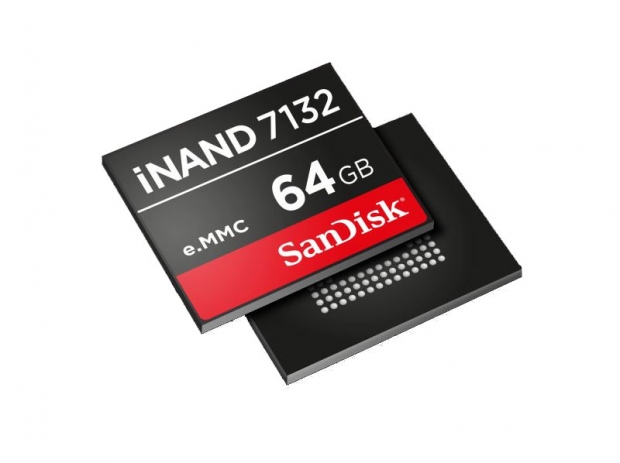 Speeding up internal storage for 4K and RAW

The embedded storage solution is designed alleviate bottlenecks, especially those created by high-resolution camera content. When placed under a lot of load, the drive can go into boost mode and hit transfer speeds of up to 1Gbps in sequential write burst.

The performance improvement should allow for faster app installations, high-res video capture and burst photography, even in RAW format. The company demonstrated the new iNAND storage on a tweaked LG G3, which was able to snap three 25MB RAW photos per second.

If all this sounds familiar, you probably heard about Samsung’s hybrid storage used in the Galaxy S6 and S6 Edge. SanDisk’s solution is also a hybrid SLC/TLC eMMC 5.0 chip. It essentially uses smart SLC for burst storage and intermediate storage, and then offloads the new content onto slower TLC storage.

The end result is a peak read speed of up to 280MB/s and a sequential write speed of up to 125MB/s, with up to 3300 IOPS. While sustained performance may be lower, it is not very relevant when it comes to smartphones and tablets, as the rest of the hardware and software probably wouldn’t be able to keep up anyway.

Rate this item
(1 Vote)
Tagged under
More in this category: « SanDisk releases 200GB MicroSD Electro-magnetic leakage could be new security hole »
back to top