Plextor to announce its M8Se SSDs at CES 2017 show 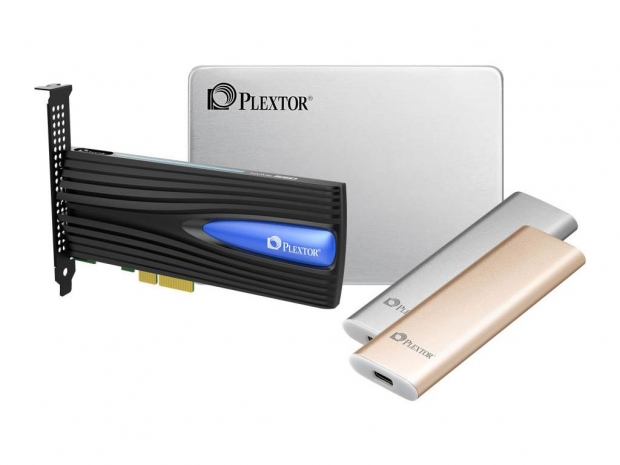 Based on 15nm Toshiba TLC NAND

Plextor has announced that it will be showing both the final version of its M8Se performance mainstream SSD as well as future SSDs based on 3D NAND flash at the Consumer Electronics Show 2017 in Las Vegas.

While Plextor's P-series M8Pe high-end SSDs, based on Marvell's 88SS1093 controller, 15nm Toshiba MLC NAND, PCIe 3.0 x4 interface and NVMe protocol, have been already reviewed and are widely available, the more S-series budget-friendly Plextor M8Se SSDs have been demonstrated at Computex 2016 show but still did not make it to the market.

Thankfully, Plextor has now announced that it will be once again showing the M8Se SSD series at CES 2017 in January, and hopefully launch it in Q1 2017.

As revealed at the Computex 2016 show, the Plextor M8Se SSDs will be using the same Marvell 88SS1093 controller which will be paired up with Toshiba's 15nm TLC NAND. These will still feature PCIe 3.0 x4 interface, NVMe support and Marvell's third generation NANDEdge ECC.

The new M8Se series will probably be available in a couple of different form-factors, including M.2 and PCIe add-in card, as well as in 128GB, 256GB, 512GB and 1TB capacities.

Earlier details also suggested that the M8Se series should not be far behind the M8Pe in terms of performance, offering a sequential performance of up to 2.3GB/s read and up to 900MB/s for write.

In addition to the new M8Se SSD series, Plextor will also unveil its first 3D NAND-based SSDs, and while the company did not go into details, it did say that these will provide both higher performance as well as better endurance, compared to the previous generation. Unfortunately, we still do not have any details regarding the controller.

Currently, ADATA is the only company that ships the 3D NAND-based M.2 PCIe SSD, next to, of course, Intel and Samsung, so Plextor would be a welcome sight in that part of the market.

Hopefully, Plextor will launch both its new M8Se series as well as its first 3D NAND-based SSDs in the first quarter as it faces some stiff competition.