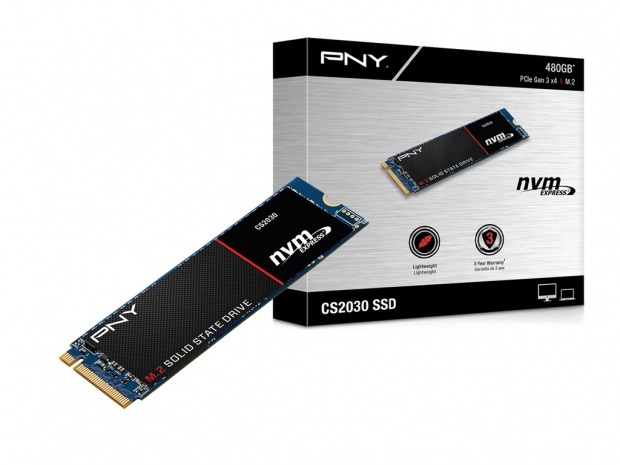 PNY has unveiled its new consumer-oriented CS2030 series of NVMe SSDs, coming in capacities of up to 480GB and sequential performance of up to 2750MB/s.

According to provided details, the new PNY CS2030 SSDs will use Phison's PS5007 controller paired up with MLC NAND flash. As noted, the PNY SC2030 SSD series comes in M.2 2280 form-factor and uses PCI-Express 3.0 x4 interface with NVMe protocol.

The only drawback that it will be using a blue PCB, which might be a problem for those that like to match the color scheme of their system, since we haven't seen many blue PCB motherboards lately. At least, unless those M.2 SSD heatsinks become widely available on motherboards.

Last modified on 28 December 2016
Rate this item
(0 votes)
Tagged under
More in this category: « Plextor to announce its M8Se SSDs at CES 2017 show Kingston shows off high capacity DataTraveler flash drive »
back to top