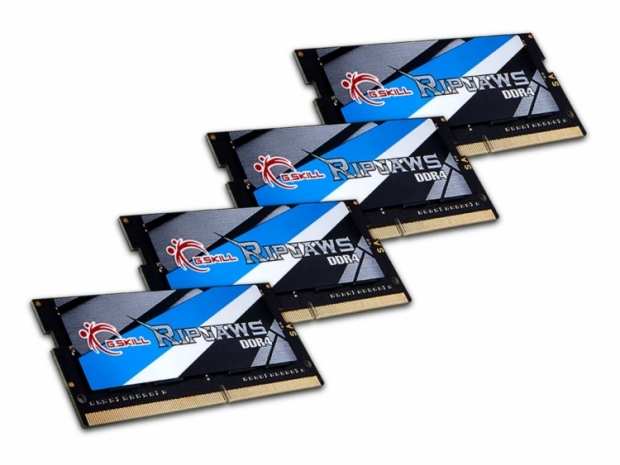 G.Skill did not leave any breathing room to Corsair as it has just announced its own 32GB (4x8GB) quad-channel DDR4 SO-DIMM kit running at 4,000MHz with CL18 latency.

Earlier this week, Corsair claimed the world's first with its own Vengeance DDR4 SO-DIMM kit running at 4,000MHz with CL19 latency at 1.35V, and today, G.Skill decided to up the ante with its own Ripjaws kit by pushing the same frequency with a slightly tighter latency and same voltage.

As expected, the 32GB (4x8GB) kit is based on hand-binned Samsung B-die DDR4 ICs and has already been tested on ASRock's X299E-ITX/ac mini-ITX motherboard with the Intel Core i9-7900X CPU. 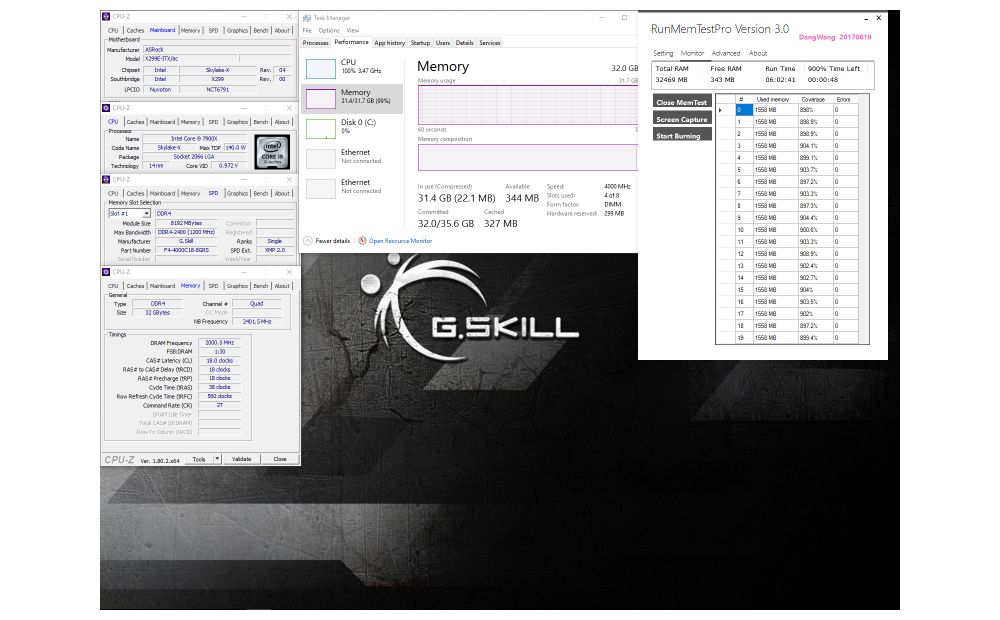 Bear in mind that these kits are solely aimed at small form-factor PCs (SFF PCs) where all four modules can be used and pushed to that frequency.