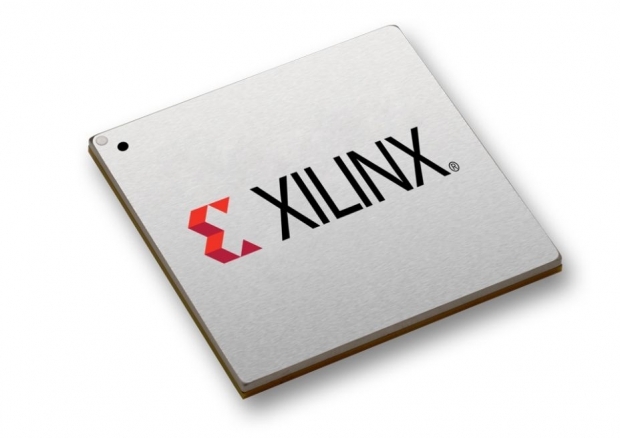 CEO Victor Peng made the difference

Xilinx announced that at the end of its fiscal year 2019 the company reached record revenues of $3.06 billion for the fiscal year 2019, up 24 percent from the previous fiscal year. The three pillar strategy is playing out, with the data center first but it is clear that the company has AI, networking and 5G well embedded in its roadmap.

Revenues of $828 million for the fourth quarter of the fiscal year 2019 was four percent up from the prior quarter and up 30 percent year over year. The strategy is paying off.

"Fiscal year 2019 was truly an exceptional year for Xilinx. For the year, we exceeded $3 billion in annual revenues for the first time and posted 24% growth from last year, driven by Advanced Product revenues which grew 40% year over year.  In addition, we demonstrated strong profitability by posting over 30% growth in both non-GAAP operating income and non-GAAP diluted earnings per share. We are executing to our strategy and focusing on growth across our portfolio as we continue our transformation to a platform company", said Victor Peng, president, and chief executive officer, Xilinx.

Communications led the way representing 41 percent of the revenue in FY Q4 2019 led by the Industrial, aerospace, and defense sectors with 27 percent. Data Center and TME accounted for 18 percent. Automotive, broadcasting and consumer markets contributed 14 percent in the quarter. Communications grew 74 percent year to year - thanks to 5G - while automotive, broadcast, and consumer grew 20 percent year on year.

Asia Pacific contributed 47 percent of the mix, the US 27 percent, Europe with 18 and Japan with eight percent.

Driven by 5G and automotive

Communication revenue increased by 34 percent driven by 5G is an indication of things to come. Operators around the world are upgrading their networks and release 21 of 5G is just around the corner. Wireless strength resulted from momentum across both radio and baseband applications with OEM customers; primarily due to 5G deployment in South Korea and preparation for 5G deployment in China.

The automotive market is unique as most people never heard of big names including ZF Friedrichshafen or BYD in China. BYD's decision to use ADAS front cameras using Xilinx SoCs is significant as Xilinx has an over the air hardware FPGA based camera technology that can add new algorithms months and years after the camera got deployed to the vehicle. This sounds like a game-changing technology.

Industrial, Aerospace & Defense, as well as Automotive, Broadcast and Consumer primary end markets, grew to new sales records, with each market supported by a robust and diversified portfolio. Industrial, Aerospace & Defense strength was driven primarily by Industrial growing double digits. Revenues from Automotive, Broadcast, and Consumer were driven by double-digit growth from each of the businesses.

Xilinx expects $835M - $865M in financial year Q1 2020 with 66 percent gross margin but since the momentum of 5G will continue for a while, ACAP can help accelerate many neural networks in AI, automotive is doomed to get increased ADAS support, the company is well prepared for the future. FY 2020 is when we get to see incredible Versal programmable accelerator that is set to put some pressure on Nvidia in the AI data center training market and more data center and automotive gains.

Last modified on 02 May 2019
Rate this item
(0 votes)
Tagged under
More in this category: « Yara and IBM try digital farming Microsoft spruces up AI and blockchain tools »
back to top