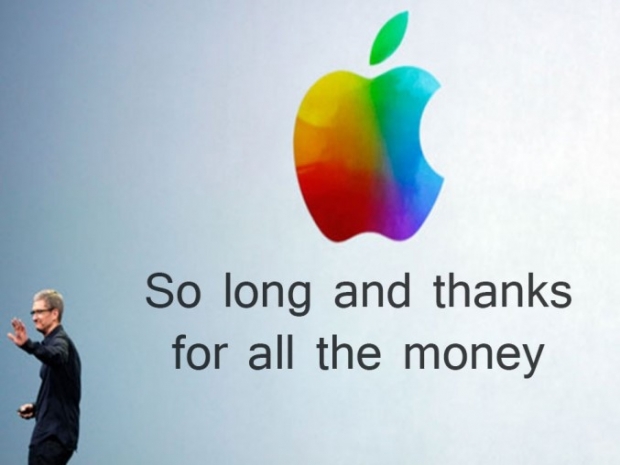 On the day after Christmas, Apple noted that some users were still having a problem with the storage service.

This means that all those fanboys whose mums bought them a new iPhone 12, Apple Watch or iPad could not get onto the cloud.

Apparently Apple’s iCloud could not handle all those people trying to set up or update iCloud accounts.  This is odd as users of other smartphones had no problems on Christmas day.

The issue started early on Christmas Day, according to the iCloud account and sign-in entry on Apple's system status page. More than a day later, as of late morning PT Saturday, the Apple system status page indicated that the issue with the storage service remained "ongoing".

By 2 pm on Saturday, the iCloud issue was marked "resolved". No specifics were given about how widespread the problems might have been, only that "some users were affected", which is Apple’s standard response when everyone was affected.

The company also noted issues with Apple ID sign-in. In a Twitter reply later on Christmas Day to the query of an Apple user looking to set up an iPad and a HomePod Mini, Apple Support acknowledged problems, saying the company was "experiencing a high capacity at this time which is impacting your ability to set up iCloud. .The Apple Support tweet said to "please try back in a couple of hours".