LG shows its L-series Optimus phones ahead of MWC 2012


LG has sort of announced its newest line of Optimus L smartphone, the L3, L5 and the Optimus L7, all to be offcially announced and displayed at MWC 2012 that kicks of next week in Barcelona, Spain.

All three new L-series Optimus smartphones pack the same square-like design and a "floating mass display", that is actually a display panel placed closer to the surface in order to make it appear as if is floating on it. As far as specific specifications go, there is not much to write about as LG keeps all the juicy details for the MWC 2011 show.

The Optimus L7 will pack a 4.3-inch display and feature Android 4.0 Ice Cream Sandwich out of the box, while L5 has a slightly smaller 4-inch screen and also packs the same Android 4.0 ICS. The LG Optimus L3 should end up to be a mid-range smartphone with 3.2-inch screen and running on Android 2.3 Gingerbread.

The Optimus L7 could end up with a dual-core CPU but those details are still kept hidden by LG. Of course, rumoured Tegra 3 quad-core X3 LG smartphone could also be at the show as well. 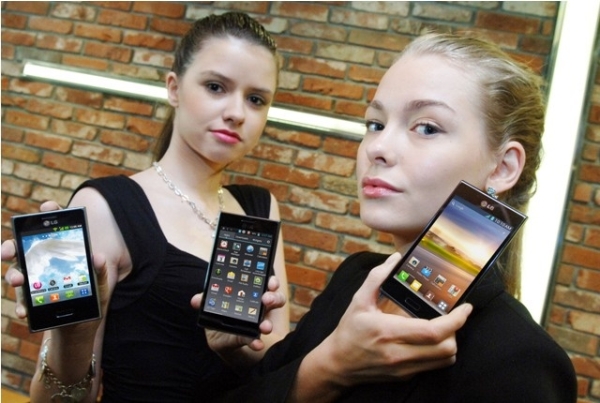