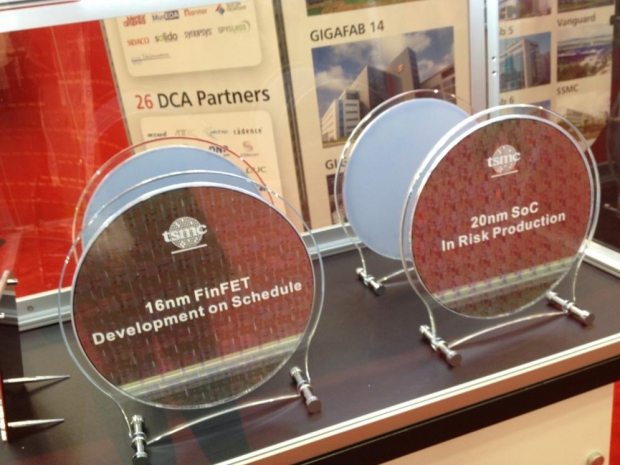 It looks like 2015 iPhones will be getting 14nm SoC chips manufactured by Samsung and GlobalFoundries.

Since TSMC won most of the A8 20nm business and Samsung got roughly third of it, it looks like the tables will turn in 2015.

Samsung / GlobalFoundries might be winning most of the A9 business with their 14nm FinFET manufacturing technology. TSMC thinks that not all is lost, as its 16nm FinFET processes (16FF and 16FF+) is shaping up to be quite competitive.

The new Integrated fan-out (InFO) wafer-level packaging (WLP) technology might be something that will prompt Apple to reconsider its decision and bring it back to TSMC for its future A10 processors in 2016. The combination of InFO-WLP and FinFET process might help TSMC to compete for Apple's A10 chip orders, at least this is what sources in Taiwan claim.

InFO-WLP the new way of packaging is a cheaper alternative to TSMC's existing CoWoS (chip on wafer on substrate) packaging, a technology that is used by most SoC manufacturers. The cost of TSMC's InFO-WLP higher than the competing flip-chip chip-scale packaging (FC-CSP), according to sources at IC design technology, but it has its benefits.

TSMC plans to use InFO-WLP with 16nm FinFet and future 10nm manufacturing process. Let's just hope that 16nm transition will play out better than the 20nm, as we need smaller chip with lower consumption to get SoCs to a level of performance that will enable next-generation features on mobile devices, without having to increase battery capacity and obviously the size of the devices.

Last modified on 04 February 2015
Rate this item
(1 Vote)
Tagged under
More in this category: « Android 5.0 hits 1.6 percent market share Lenovo looks to be the king of MWC »
back to top