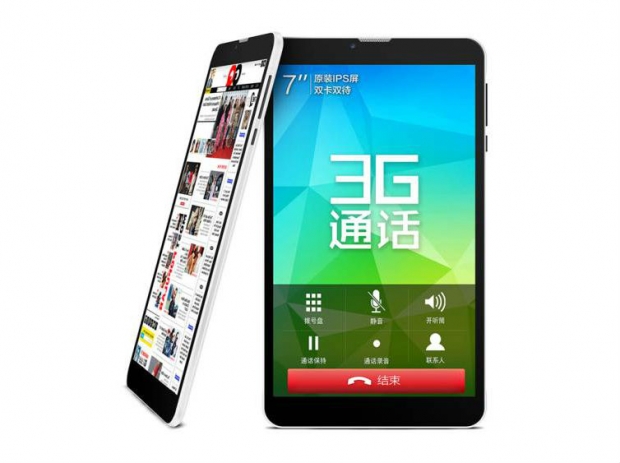 Intel officially announced the first batch of SoFIA products earlier this year, promising to deliver them sometime in the second quarter. The first products appear to be trickling out, with no fanfare or hype.

The chipmaker announced the first three Atom x3 parts a month ago, with an emphasis on smartphones. However, in addition to SoFIA phones, Intel also proceeded to offer assistance to tablet manufacturers who opted to embrace its latest low-cost architecture.

SoFIA ends up cheaper than expected

Although the specs are hardly impressive, bear in mind that this is a $69.99 device and it’s already shipping via Geekbuying (and presumably other Chinese e-commerce sites).

What does Intel SoFIA bring to the table, or tablet?

The Atom x3-C3130 is a dual-core part clocked at 1.0GHz, although it’s erroneously listed as a quad-core in the Telcast product listing.

The SoC features antiquated Mali 400MP2 graphics with support for 1280x800 displays. It might not sound like much, but SoFIA is all about value. Therefore the SoC is manufactured in 28nm, the cheapest node for the time being, and it has a few features that might make it attractive in the low-end smartphone and tablet space.

The chipset features 3G connectivity, along with support for 802.11b/g/n wireless, Bluetooth 4.0 LE, GPS and FM radio. It can also handle cameras up to 13 megapixels. The Telcast X70 features 3G connectivity and can be used as a phone as well. In terms of hardware, it’s actually an oversized phone, but the price is what has us intrigued.

At just $69.99, the tablet is dirt cheap and makes us wonder what sort of pricing we can expect from SoFIA phones. The pricing basically puts the entry-level SoFIA part toe to toe with the cheapest dual-core Cortex A7 parts used in most bargain bin Android phones on the market today. These ARM parts tend to feature the same Mali 400 GPU, but usually fall short in terms of connectivity and GPS support.

Last modified on 08 May 2015
Rate this item
(8 votes)
Tagged under
More in this category: « Huawei launches P8 Swedish take on Apple in EU »
back to top