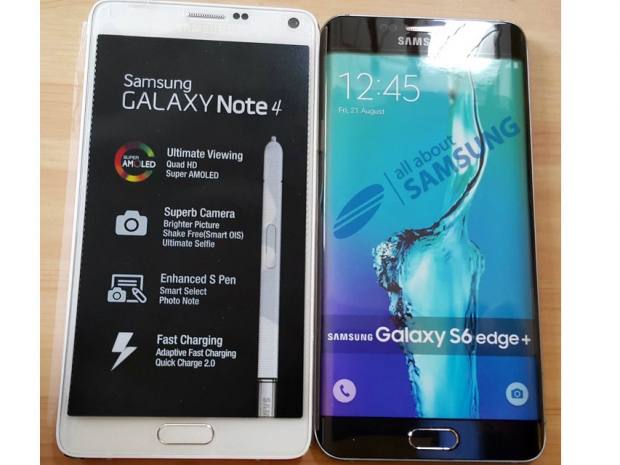 To launch in August with Note 5

It looks like a bigger version of the Samsung Galaxy Edge S6 is going to launch in a few weeks.

A few sources have confirmed that you can expect to see a bigger version of Samsung's flagship phone with its trademark slightly curved display. The way things are, the phone will be as big as the Galaxy Note 4, or some 5.7 inches. This is just slightly bigger than the LG G4 that measures 5.5 inches and is still comfortable to hold, at least as you have big fingers.

We don’t expect to see a stylus, removable battery or micro SD card, something that Galaxy Note owners will miss a lot.

It is expected that the same Exynos 7420 14nm octa-core will power this phone and it will probably go head to head with the Note 5. It looks that all three major cellular providers in the US will get the phone including Verizon, AT&T and T-mobile, and of course all of them will be using different LTE bands.

We expect that the Edge plus is going to cost arm and leg and it will be interesting to see if it can compete with the Apple iPhone 6S and 6S Plus. The updated iPhones will launch roughly a month after the new Galaxy, as Samsung is expected to launch its phones around middle of August.