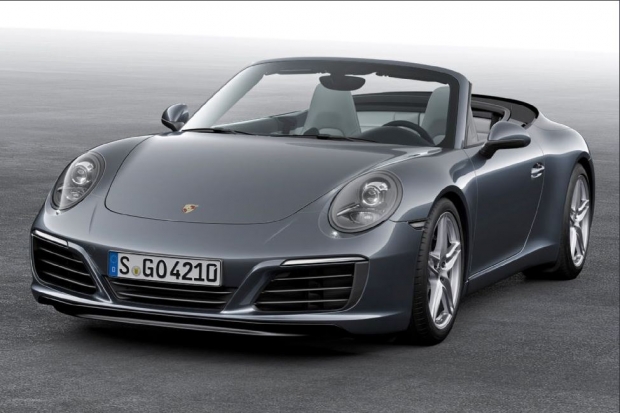 Who lets the truth get in the way of an Apple Advert?

The Tame Apple press ran a story claiming that its favourite toymaker had been chosen by Porsche to run its systems because Android Auto was phoning home too much data.

The story, that Porsche went with Apple's infotainment system over Google's in its new 911 Carrera and 911 Carrera S because the Android Auto agreement demanded too much data, first appeared in Motor Trend and was gleefully picked up by Apple's media minions

Both Apple's CarPlay and Google's Android Auto can turn regular vehicles into connected cars, but according to Porsche, one has a distinct advantage over the other. Motor Trend claimed that Android Auto tracks variables including vehicle speed, throttle position, fluid temperatures, and engine revs, information that is collated and then sent back to Google.

Apple's CarPlay, on the other hand, only checks with the car's powertrain control module to ensure that the vehicle is moving. Porsche was apparently unwilling to enter a deal that would send reams of information back to Google — partly, Motor Trend says, because Google itself is in the midst of building its own car.

Of course so is Apple, but that is neither here nor there, the only problem was it was not quite, but was completely and utterly untrue.

Google said that Android Auto did not collect the data the Motor Trend article claims such as throttle position, oil temp, and coolant temp. In fact the only data transmitted to Google was the sort of information to allow the system can be hands-free when in drive, and provide more accurate navigation through the car's GPS.

What is also odd is that if Porsche was so against Android Auto collecting data then why did it install it in other cars?

Porsche has not said why its company choose CarPlay for the 911 Carrera and 911 Carrera S and Motor Trend is being rather quiet about the story it created, although it did upgrade the story to publish Google's denial.
As competition heats up between Apple and Google over the car industry, it looks like we will have to take claims appearing in the press with a big pinch of salt.