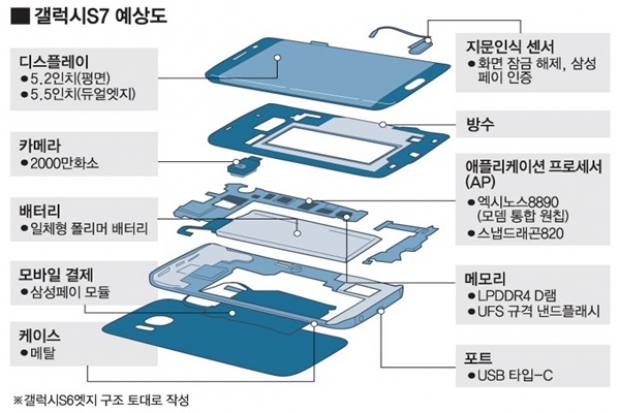 According to South Korea's Electronic Times Samsung is planning to launch two different versions of its new Hero  flagship smartphone: a 5.2-inch flat-screen version, and a 5.5-inch, curved-screen version that will be called the 'Galaxy S7 edge'.

Samsung Electronics plans to flog 400 million phones in 2016. Its number of target is similar or bit smaller than this year. Industries are focusing on whether or not Samsung Electronics can break through Smartphone markets where they are saturated and which is why the Galaxy S7 is so important.

Hero goes to mass-production from February of 2016 and its release date will be soon after.

Last modified on 28 December 2015
Rate this item
(2 votes)
Tagged under
More in this category: « ASUS gets built in ad-blocker MediaTek sees growth in emerging markets »
back to top