This is the 5G phone prototype mock up 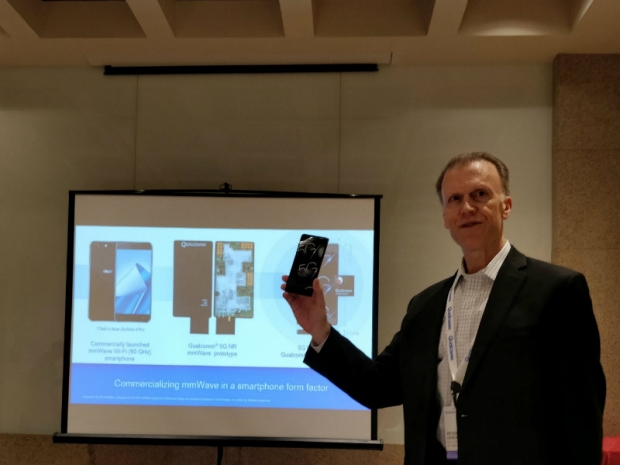 Last year in October we saw Cristiano Amon, a EVP of Qualcomm at that time, holding a 5G prototype in his hand. This time, we had a chance to play with a mock up of an actual 5G NR, a phone form factor prototype in Beijing, China.

Qualcomm is working with its partners on the design of future 5G phones and the fact that top six China based manufacturers committed to have 5G NR phones in 2019 means many are adopting the new standard.

Just remember, last year LG launched G6 with Snapdragon 821 while Samsung launched the S8 with Snapdragon 835/Exynos 8895. This strategy didn’t work very well for LG, and we believe that most high end manufacturers will have their 5G phones ready in the course of 2019.

Peter Carson a director and a 5G evangelist showed us a X50 chip and the mock up of a phone. Peter pointed out that the actual X50 chip will be up to 50 percent smaller than the SoC we saw at the event. It was the size of a pinkie nail, and it will get smaller.

It is important to notice the millimeter wave antenna openings. Qualcomm's phone form factor prototype had three antenna openings. Bear in mind that mm waves won’t be able to penetrate your hand and Qualcomm wanted to help its customers to more easily design the phones with three or four mm wave antennas. The general idea is that if you hand grip covers one of two of them, you will still have some antennas capable of the 5G mm wave multi Gigabit speeds.

The prototype plans two rear cameras and was just a bit larger than the average Galaxy Note class phone. It is up to the OEMs to enable nicer designs, Qualcomm just wanted to show what can be done at this early 5G NR phase. 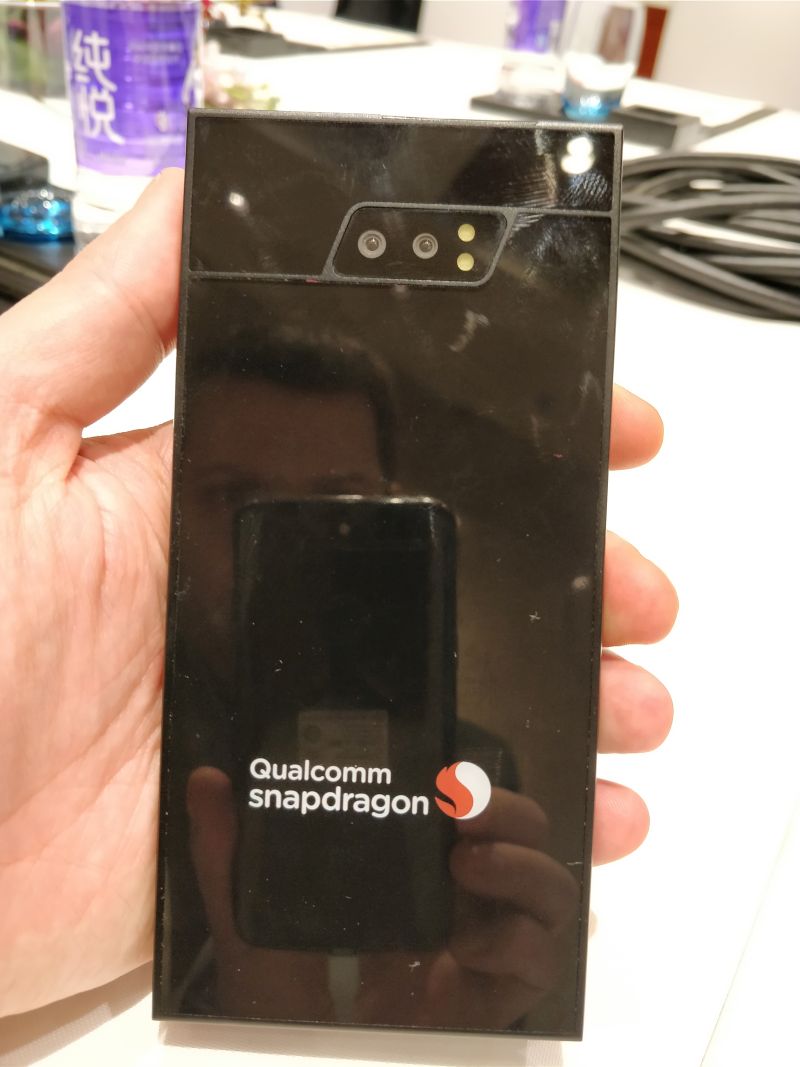 We expect to see the prototypes up and running in the next few months but I would not rule out a MWC 18 splashy announcement either.

Last modified on 02 March 2018
Rate this item
(0 votes)
Tagged under
More in this category: « HTC's U12 flagship smartphone smiles for camera Samsung sending out Oreo update »
back to top