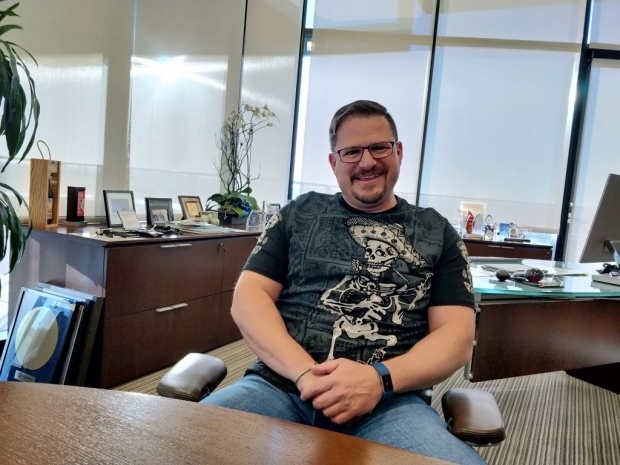 Ready in 2019, confirmed by Cristiano Amon

One thing we came away with from yesterday’s big Qualcomm announcement that 20 companies are committed to coming to market in 2019 with Qualcomm X50 NR based devices. Cristiano Amon, the President of Qualcomm just confirmed that Samsung is also on board with the X50.

You could read this between the lines when Samsung announced the new alliance and the new cross-licensing deal with Qualcomm a week ago.

Samsung is, without a doub,t the biggest company in the Android space and the biggest competitor to Apple and having it on board with the 5G NR from Qualcomm is the great tailwind in the fight for dominance in the 5G market.

Intel is doing trials starting as of today for the Korean Olympics and KT Telekom, but these demos are not based on the 3GPP official 5G NR standard and the fact that Samsung has officially sided with Qualcomm means a lot for this effort.

It is safe to assume that the Samsung Galaxy S9  will come with the Snapdragon 845 at least for the China, USA and Japan markets and then the next Galaxy in line will come with the 5G NR standard, supporting this new network from its earliest days. Of course, it is not Qualcomm’s job to announce Samsung future products but the new cross-licensing agreement is a good indicator of how things will play in the future.

It would be an understatement to say this is a big win for Qualcomm. Samsung is the biggest win you can get in the Android space. It gets better than that as China’s leading manufacturers have sided with Qualcomm too.

Remember that China has Huawei and HiSilicon and they still prefer to enter the 5G NR (New Radio) era with Qualcomm. Bear in mind that some of these players, let's chose Xiaomi, not only grew incredibly in China, they became an overnight success in India too. Not sure when the last time you checked the headcount in these countries but China is estimated to have 1.35 billion people while India is close to this with 1.35 billion inhabitants.

Lenovo, Oppo, Vivo, Xiami, ZTE, and Wingtech with Qualcomm X50 5G NR devices in 2019 is definitely a great opportunity and China is determined to get into the 5G NR endeavors with Qualcomm as early as 2019 for a commercial launch.

Last modified on 09 February 2018
Rate this item
(0 votes)
Tagged under
More in this category: « More Xiaomi Mi 7 specifications leak ahead of launch Galaxy S9 keeps the headphone jack »
back to top