Google could be working on Pixel smartwatches 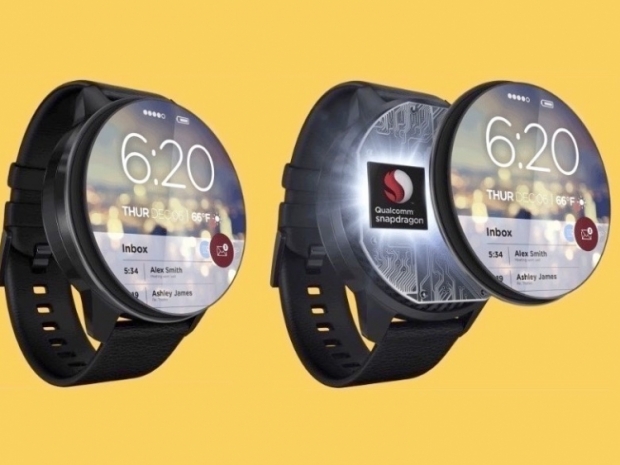 Could be the new Qualcomm Wear SoC

According to the latest rumours, Google is working on a Pixel-branded smartwatch, or smartwatches, which could be launched alongside the Pixel 3, Pixel 3 XL and 2nd-gen Pixel Buds. The word on the street is that it has the new Qualcomm Snapdragon Wear SoC.under the bonnet.

With Android Wear rebranded as the Wear OS by Google, and with declining smartwatch sales, it appears that Google wants to breathe new life into this market by launching a Pixel-branded smartwatch.

The leak, citing reliable sources, comes from Evan Blass, better known as @evleaks. He claims that it will be revealed at Google's next hardware focused event, most likely in the Autumn. Google is expected to unveil the 2nd generation Pixel Buds alongside its standard refresh of Pixel smartphones.

Besides the Pixel 3, Pixel 3 XL, and second-gen Pixel Buds, a reliable source tells me -- with high confidence -- that Google's fall hardware event will also introduce a Pixel-branded watch. Have a great summer!

Bear in mind that Qualcomm has promised new SoC(s) to replace the ageing Snapdragon Wear 2100 platform and this should provide significantly better battery life – something that has been plaguing most smartwatches.

A similar report comes from the WinFuture site, which states that there will be three Google Smart Watches, codenamed Ling, Triton, and Sardine. These three will differ by size, connectivity, and some other features and be based on the rumoured new Qualcomm Snapdragon Wear SoC, allegedly named the Snapdragon Wear 3100.

The site claims that the Snapdragon Wear 3100 is a variant of the Snapdragon Wear 2100 SoC and will be manufactured on 28nm process. It comes with a quad-core ARM Cortex-A7 CPU design with Adreno 304 GPU. It will feature a special power management IC, codename "Blackghost", which runs separately from the main processor and should provide extended battery life. Blackghost was developed for smaller wearables like fitness trackers.

With Google, Qualcomm's new SoC, and support from fashion and watch brands like Louis Vuitton, Movado, TAG Heuer, Fossil and others, the smartwatch market could get a fresh new start, and other makers could well hop on board.

Last modified on 11 May 2018
Rate this item
(0 votes)
Tagged under
More in this category: « Xiaomi launches Redmi S2 in China Lenovo rejects notches »
back to top