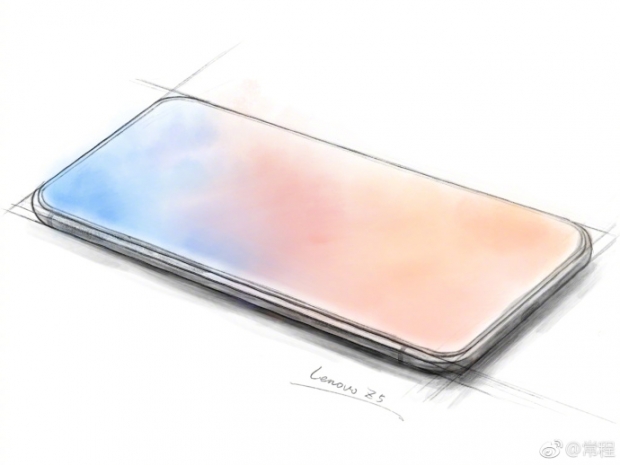 It was a silly idea

While some smartphone makers think that since Apple put a notch on its phones,  they have to follow suit, Lenovo believes the whole thing is silly.

For those who came in late, the Essential PH-1 and iPhone X in 2017 both sported notches – a perfectly pointless design feature which was often slammed as being too silly for words. The trend of adding notches to Android phones accelerated this year as phone makers look to maximise the screen size.

God bless Lenovo for seeing the light and ignoring the silly trend and coming up with its own designs. The Lenovo Z5 sketch shared by Lenovo VP Chang Cheng on Weibo, has no notches. The phone is expected to be Lenovo's next flagship.

It's not clear what Lenovo plans to do with the front camera on the Lenovo Z5. Cheng's post claims that "four technological breakthroughs" and "18 patented technologies" were made for the phone, but doesn't go into details.

One of the first smartphones to launch with an edge-to-edge display was the Xiaomi Mi Mix. It launched with next to no bezel or notch, leaving many to wonder where the earpiece would be. What Xiaomi managed to do was use what it calls "cantilever piezoelectric ceramic acoustic technology". Basically, it's a component that converts electrical energy into mechanical energy to transfer to the phone's internal metal frame, which then vibrates to create sound. It's possible the Z5 relies on a similar technology, or bone conduction technology found in many headphones and some smartphones.

Aside from the front-facing camera and ambient light sensors, the other components that are typically found on the front of smartphones are relatively easy to drag-and-drop to different locations. For example, the speakers in the Z5 are likely bottom facing and the navigation controls are almost certainly software based. The question is whether or not it's worth having a true all-screen smartphone if it means there's no front-facing camera, ambient light sensors, or stereo speakers.

Last modified on 15 May 2018
Rate this item
(0 votes)
Tagged under
More in this category: « Google could be working on Pixel smartwatches Trump continues to defend ZTE »
back to top